You Will Love This One Off Aston Martin DB7-Based Zagato 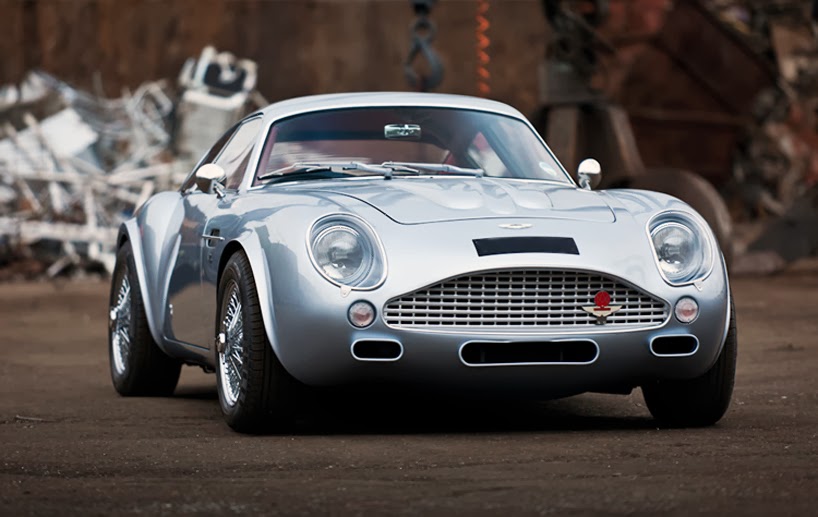 Aston Martin offered two versions of it's DB7 that were reworked by the talented hands at Zagato, the DB7 Vantage Zagato in 2002 and the DB AR1 the following year, each in an edition of 99 cars with an additional one of each produced for the factory archives. What we have here is neither of those, but rather a fantastic homage to the bygone cars of Aston Martin, but with a twist, as this car is underpinned with the chassis from the DB7 like it's factory built cousins. The Evocation, as it is awkwardly named (do we expect anything less from British coachbuilders?), is arguably far more appealing wearing a skin reminiscent of the greatest of all AM customs, the legendary DB4 GT Zagato from 1960.

Evanta Motor Company in Hertfordshire, England, has been producing replica AMs since 1995 and chose the DB4 Zagato as a fitting tribute to celebrate the 50th anniversary of the original. The new car features the optional V12, and retains the DB4 dash and seats coexisting with evident DB7 console and switchgear, but also features thoughtful and welcomed updates including A/C, airbags, and heated seats. The body shell too owes more to modern technology than old-world craftsmanship, tho there is plenty of both evident in the photos. It's made of carbon fiber and kevlar, finished in factory spec "Solent Silver" paint and underneath that sensuous cover is an ingenious bespoke tube chassis/unibody mash-up designed to sit atop the donor chassis while supporting the new body. The company indicates that customer commissioned models will feature made-to-measure pedal lengths and other modifications tailored to the new owner.

Be sure to have a poke around the Evanta Motor Company website for some more, truly amazing photos of their projects. I'll have one DB4 Barchetta please!

Photos © Richard Pardon
(His site is also a great place for a gearhead to spend some time.) 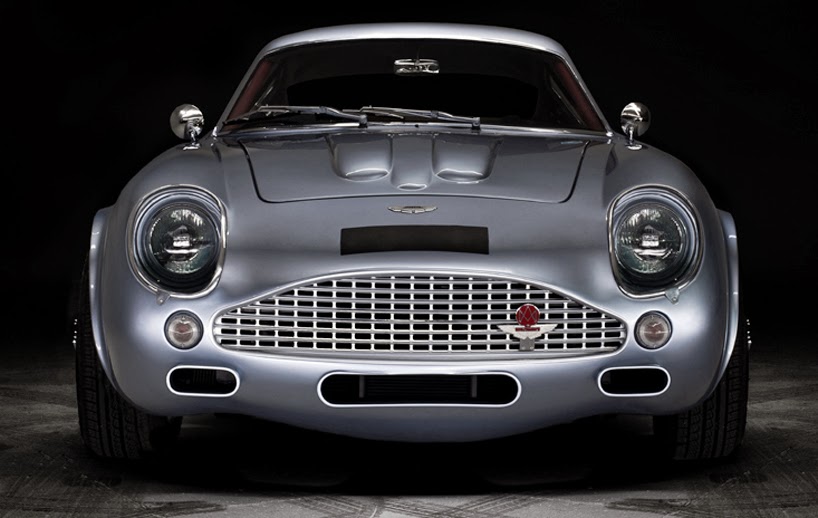 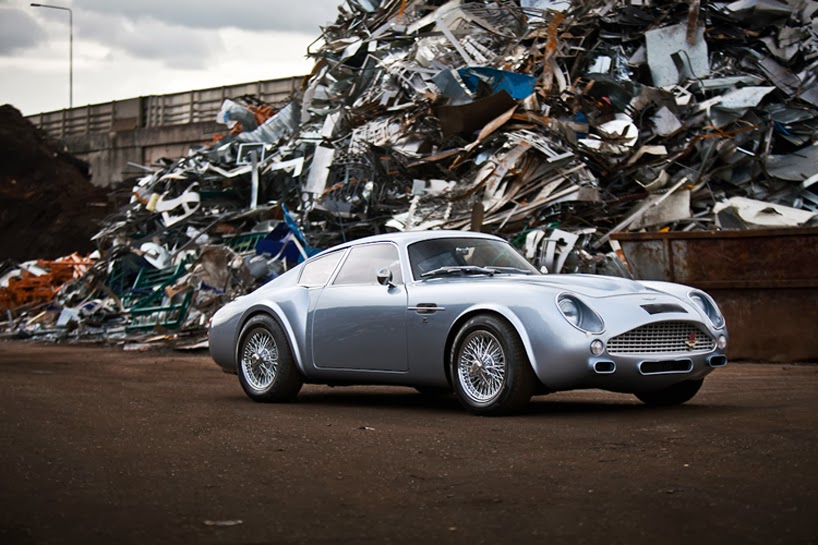 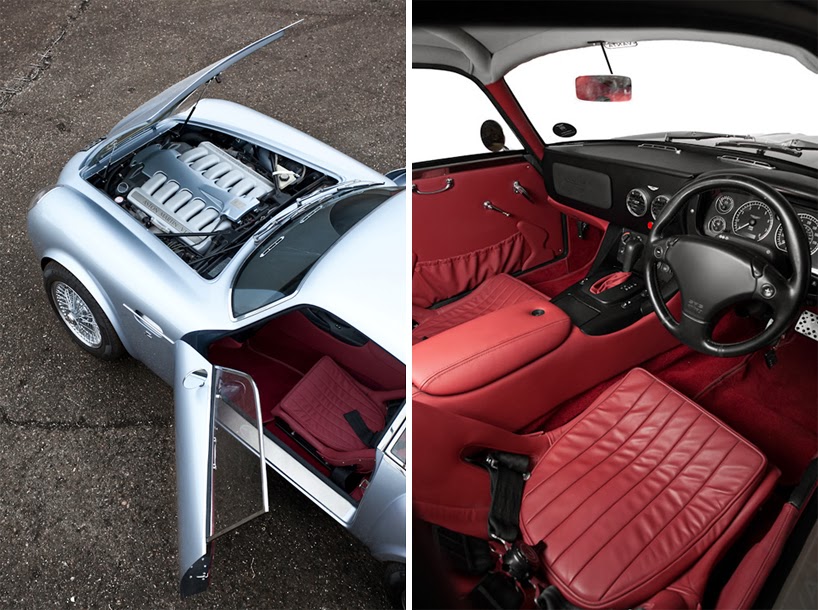 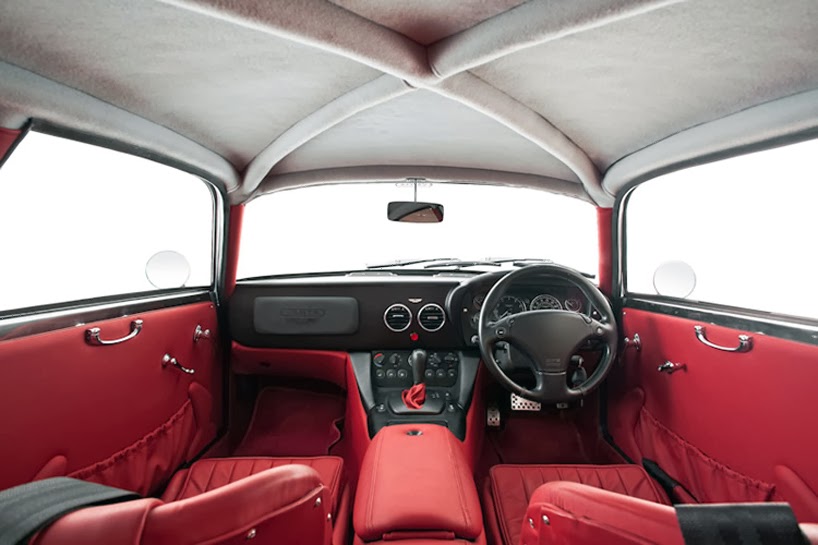 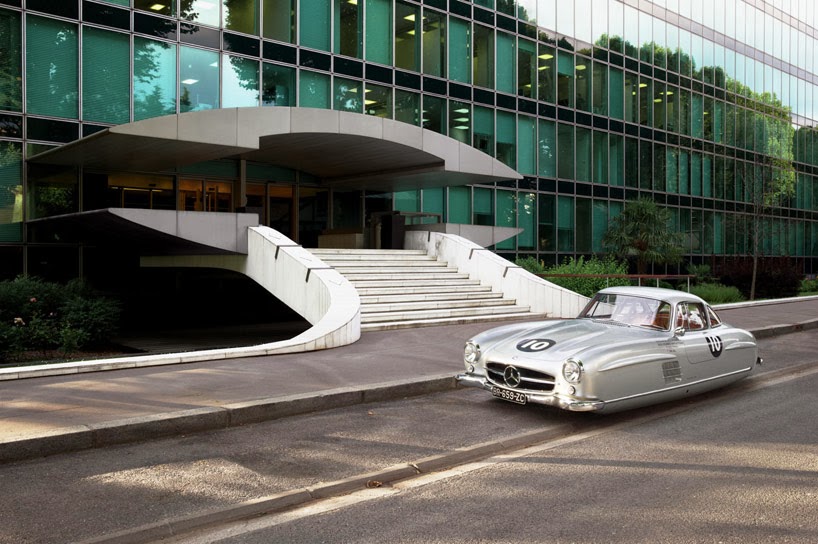 Renaud Marion has an eye for beautiful machines and a great mind for fantasy. He is the photographer behind the imaginative series "Air Drive" which playfully depicts fine vintage automobiles reworked into retro-futuristic vehicles by setting them aloft on an imaginary cushion of air (with a little help from Photoshop). We especially appreciate his love of vintage Mercedes.

While these works remind us of the also non-existant Jetsons car, and even more so Luke Skywalker's Landspeeder, it doesn't take much of our imagination to know we would love to sneak one of these through the Florida Everglades, airboat style, while making our own shortcut to Disney World given the chance. 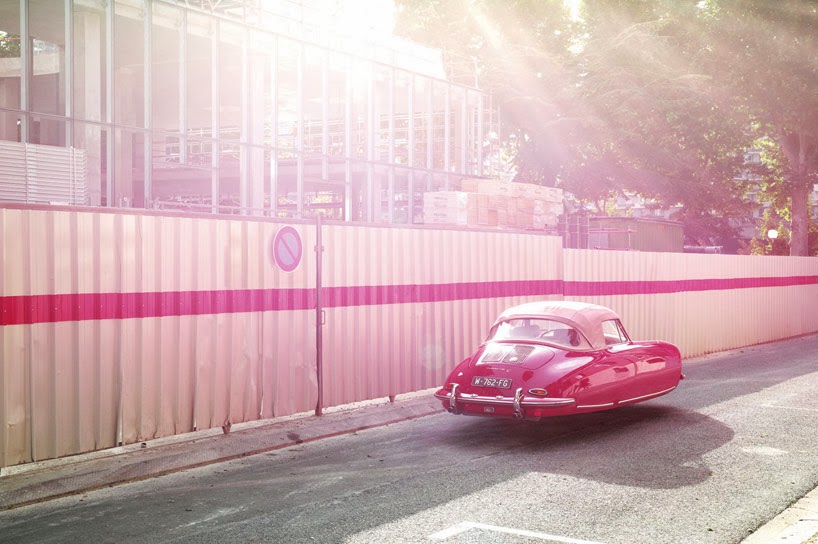 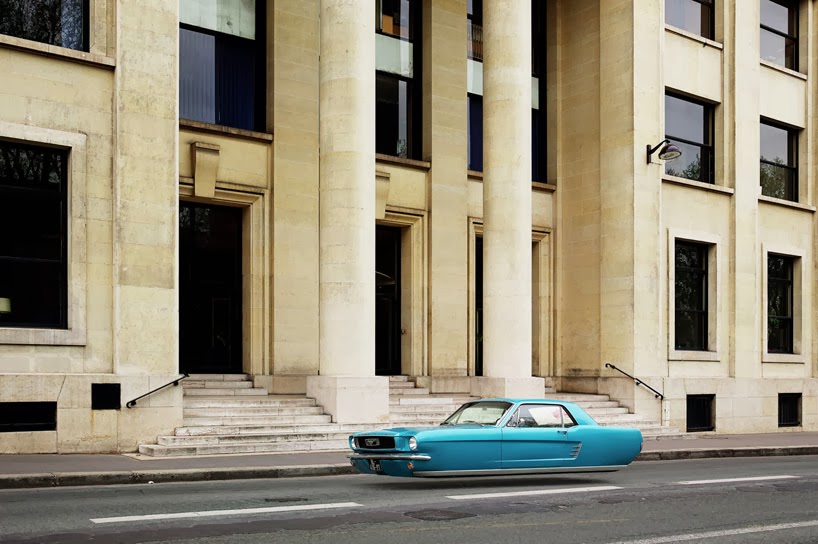 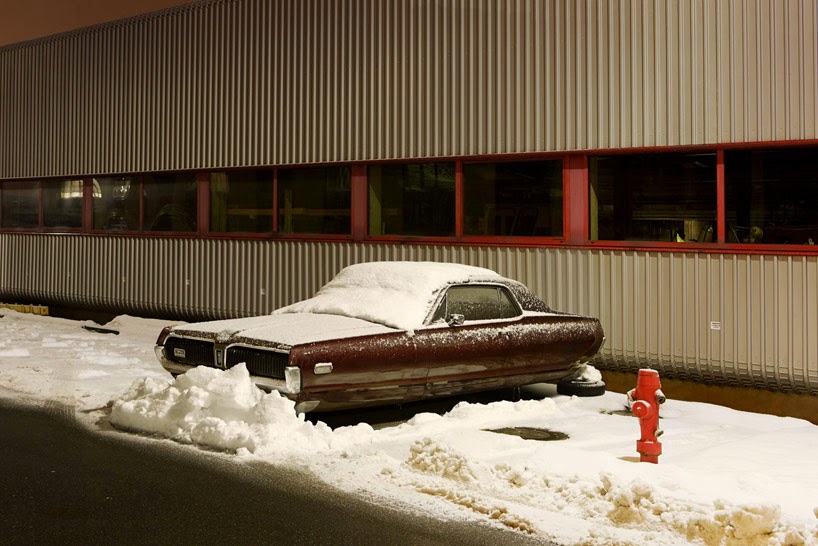 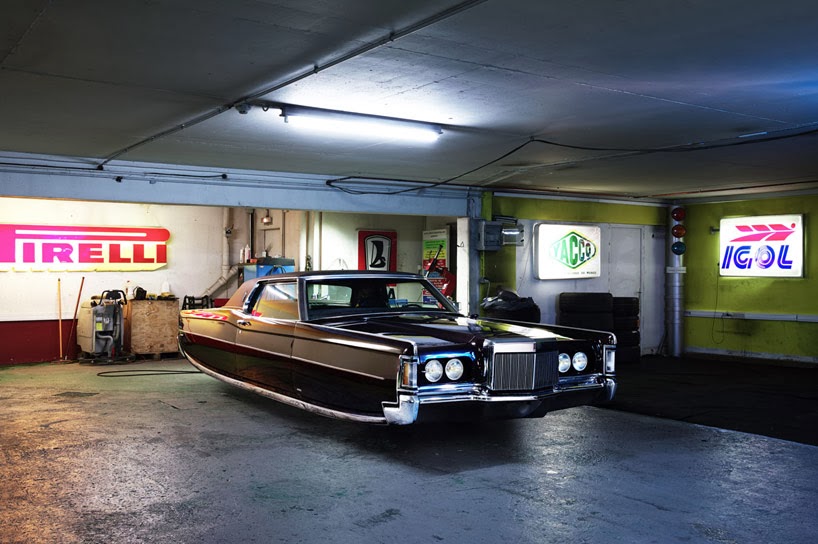 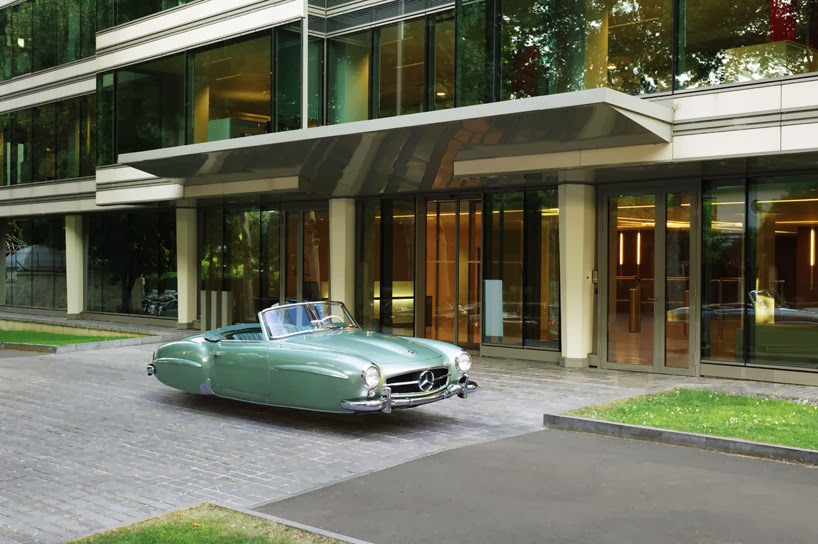 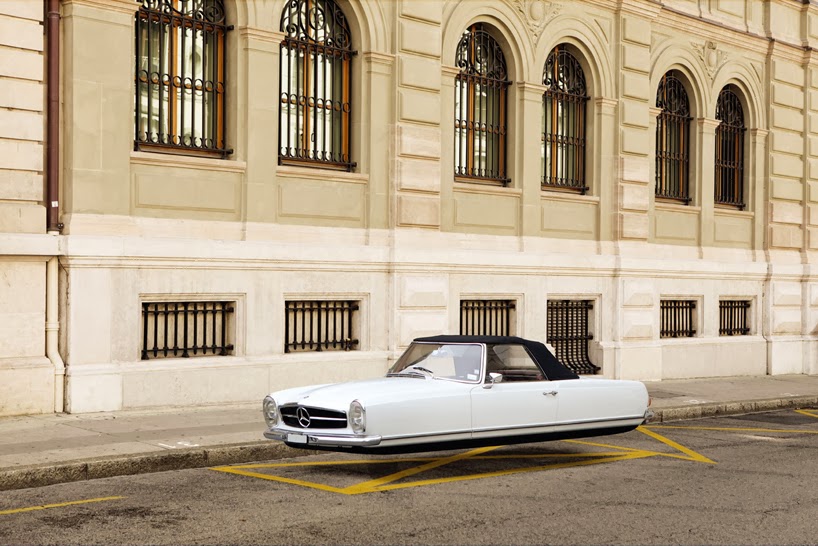 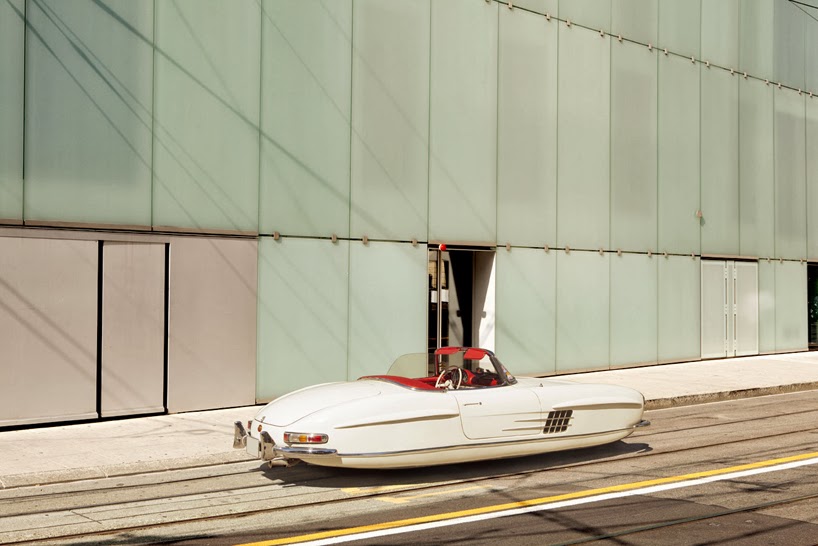 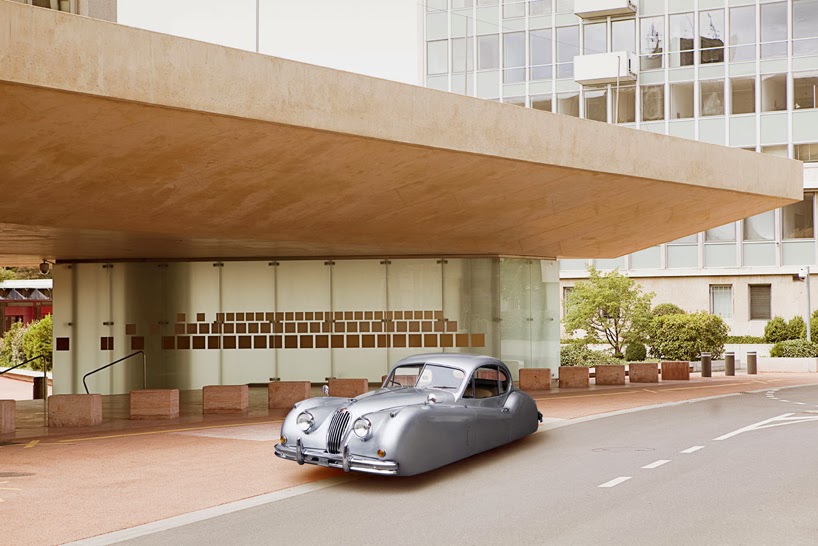 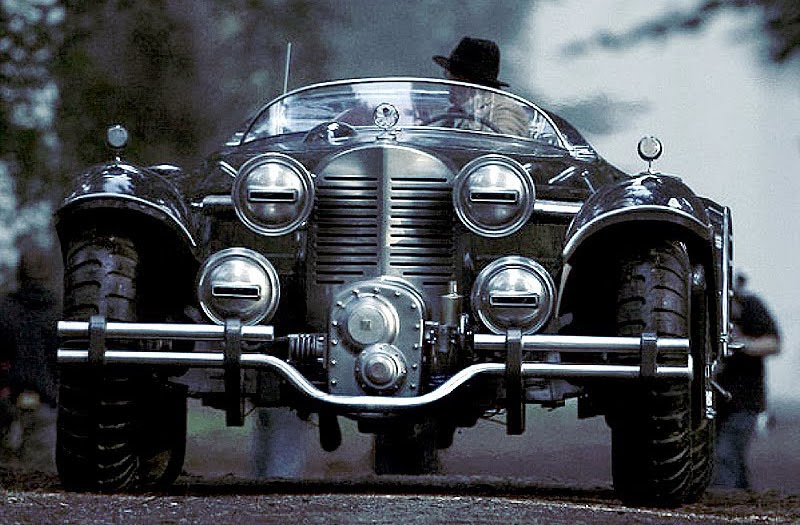 The latest Captain America film is set to premier worldwide sometime in 2014 and that gave us cause to remember our favorite "character" from the first film, the menacing behemoth of an automobile driven by the Captain's nemesis, Red Skull. The car is a purely original design created by Daniel Simon (also the mind behind the grid vehicles from Tron: Legacy) who took only minimal direction from the Director and producers when designing what was described as the fastest car in the world within this fictional universe. Featuring a nose and tail inspired by the luxurious 540K roadster, mashed-up with the lumbering 3-axle G4 staff car for the middle section, and topped off with slit headlight masks as found on WWII military vehicles to evade enemy aircraft... this is not your grandfathers W123 diesel. 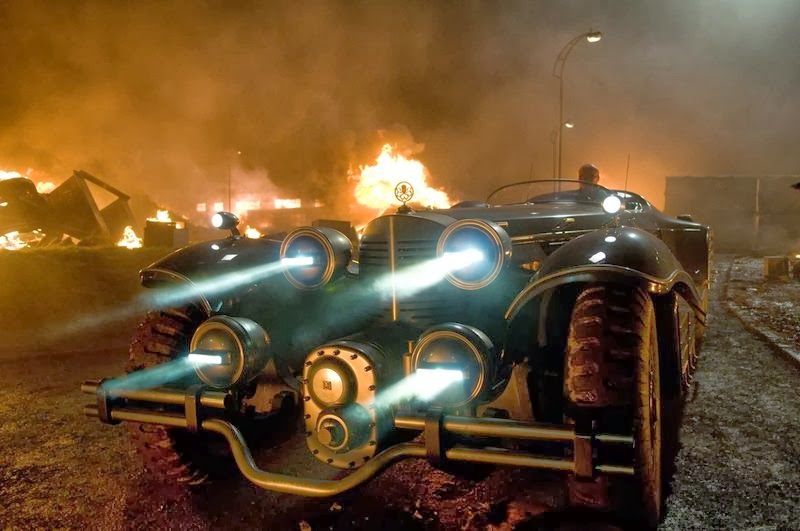 The car needed to be produced in full scale, not merely within a computer as graphics, so the 25-foot long beast was built up over a truck chassis, with the bodywork in fiberglass. The entire vehicle is motivated in the real world by a 700-hp Drexler engine (?), but it's imaginary stats sees it powered by a 16-cylinder aircraft engine (tho we count 18-exhaust ports). There is a non-functional Supercharger casing mounted to the front, much more of a Bentley Blower design cue than how Mercedes prepped their supercharged cars, but it works wonderfully on this car.

Personally we would just add a set of CocoMats, and hit the open roads; preferably long straight ones with no curves considering the excessive length of this monster Benz doppelgänger. 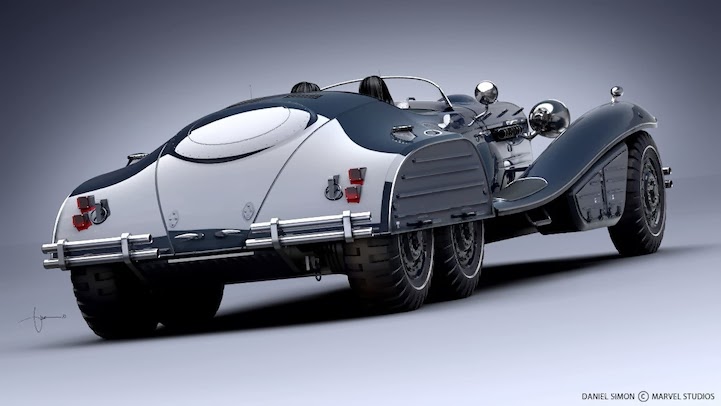