When it came time to get a safe car for my growing family it was an easy choice to get an MBZ. I had been driving a 1969 280SE coupe as a daily driver and wanted the find a more modern car to accommodate baby seats and all the stuff that goes with today’s child care. I have always liked the 126 SEL and SEC styling so I started to shop for a 420 or 560 SEL. The entry price of 4-5k is very attractive as these were a flagship car for MBZ in the late 80’s, a lot of car to for the money. The key is to find the cleanest car available and pay more up front as ownership of these cars is not inexpensive. I found a 1989 420SEL that was well kept and had lots of records from the previous owner. The 420SEL does not have the adjustable rear bench seat or self leveling rear end that the 560SEL has. The 420 was so nice I decided to get a 1991 560SEC to compliment it for good measure. Going back and forth between both cars allowed me to see the subtle differences between the two and four door examples. The SEL seemed to be a little nicer on the freeway but the SEC was quieter.  Both cars are big and have a very nice ride, I can see these were both made for all day cruising on the autobahn. I like to keep cars stock and the stereo is more than adequate I just had to dig out my old cassette tape collection to enjoy it.
After moving from daily driving cars from the 60s & 70s into cars from the 80s & 90s it was obvious the cars were over engineered and did not have to compete on price points or margins. They just built the best car they could and put the price tag they wanted on it. One test I have is to see how many 126 cars are still in use and if you look you will see a lot of them on the road. This tells me they are still loved and very useable in today’s driving arena.
The 126 is in a place where they are not quite collectible yet but old enough that the styling is classic, kind of in limbo (sleeper) but a great car to own. They do need some attention to keep running properly, I noticed the SEL had a new radiator when I got it and I put a new one in the SEC, the plastic part where the hose connects is a weak point from the factory and replacement radiators have metal necks. The entry price is low due to maintenance costs to keep them on the road. But if you find a good one it is well worth the investment because they don’t make them like this anymore. It is like driving a bank vault with a radio. I feel confident that the family will be safe and I can enjoy a semi classic at the same time.

In Defense of High Auction Results


If you spend any amount of time on car forums or at gatherings of gearheads you have probably heard a common theme whenever the topic of car auctions comes up, how they are ruining the hobby by making collector cars too expensive for the everyday enthusiast to buy and restore. If you dig a bit more below the surface of these arguments you may be surprised at what you find.

Our recent article detailing the same-venue sale of two similar 300SL Gullwing coupes articulated the point that certain old cars always have value, be they full nut & bolt restorations or mostly original "survivor" cars. This is the first time in the world of automotive history that we have seen some of the same tenets of preservation applied to car collecting that have traditionally been valued in other fields from furniture to sculpture. As recently as the 1980's people were still rushing out to buy old wardrobes and armoires to cart home and put a thick coat of varnish stripper on, before sanding, re-veneering, and clear coating to like-new perfection. Today, all those refinished pieces pale in comparison in value and desirability among collectors, while the few remaining pieces that are in good, untouched, original condition are the real stars of the show. As the Keno brother's from Antiques Roadshow have taught us time and again, "it's only original once."

Moving this all into the car arena, we most commonly hear complaints from people who have been planning to buy a specific make and model of car that has experienced a sudden value increase as it's own bubble builds because now they see themselves as having been priced out of the market. Others who may be lucky enough to already own one of these cars might complain that parts are now also more expensive and harder to come by when they even can be found because others are now hoarding them as spares for their own project cars.

We can definitely relate to these frustrations, but let us offer a few things to consider that become evident only when you step back from this narrow perspective and look at the big picture.

The guys who spend the truly big bucks at auctions help to raise the values of other similar cars, as they say, "a rising tide lifts all boats." This is directly evidenced by the vast value increases for "Oldtimer" Mercedes-Benz cars brought on by the then-record breaking sale of the ex-Fangio Silver Arrow racecar. Those increases coming in at around 27% over the last year according to collector indexes that track such information (with standard year-to-year value increases for Mercedes holding previously holding firm at around 9% for most other years). This value increase surely put some guys out of the market who were considering a $15,000 W111 Coupe that is now suddenly worth $25,000+ but those are the most vocal opinions, but consider the flip side of things. Prices going up at the top end of the market bring not only actual value to lesser cars, but perceived value to those cars residing even further down the totem pole. What is the market effect of both higher values and higher perceptions of value? That's right, preservation. 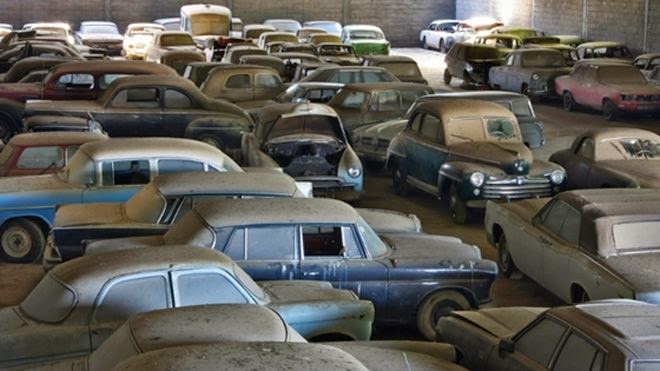 More cars are kept in the back of an old barn, rather than finding their way into the local scrap yard or being parted out on BenzWorld. These cars may or may not achieve their own value increases but the important factor is that they are being kept alive, or rather in suspended animation, for the next guy or gal to try their hand at getting the vehicle back on the roads in one form or another. Had the Fangio car never come to auction, or never made the headlines if it had been the third or fourth most expensive auction car rather than a record-setting one, we probably would not have seen this rush to save, covet and value our semi-related vehicles. I can assure you that the Fangio car single-handedly ensured that thousands of other W114, R107, W108 sedans and other previously "low collectability" cars are now seen with a bit more sparkle and importance.

The direct result of more and more of these cars being kept and eventually offered for sale is that the market fulfills itself as these cars become available in a far better state of preservation than they would have enjoyed otherwise. We could even argue the fact that because they still exist at all as an automobile, and have not been crushed into a soda can or somebody's front door, is due to this perception of value. 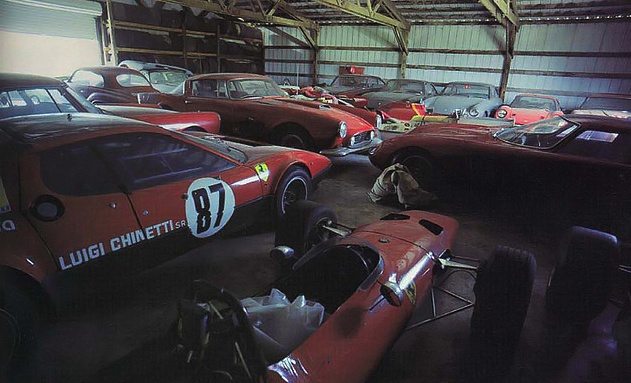 Have you even known a neighbor or acquaintance who might have some old American iron sitting in the back of his barn, Mustangs gathering dust next to Mopars, a Studebaker pickup truck sharing space with a Chrysler Imperial, yet the owner never restores or makes the cars driveable? He turns down every offer to buy whole cars or parts, and then passes away with a collection of cars that are more-or-less time capsules, in much the same condition as they were when he put them in the barn so many decades ago. Some would find this to be a sad story, but to the point of this article, these are the people who saw value where maybe there wasn't any, at least for most of the time they cared for these cars, and now we as collectors and preservationists benefit from their effort.

These are the people who keep the hobby alive and well, their eventual estates selling off cars that haven't been on the public market for a lifetime in some instances. We truly need people like this, otherwise we would be living in a world where only the absolute top examples of any model exist in hermetically sealed manufacturer museums or collections in the Middle East or China. These people are the true archivists, preserving cars that we can then use to compare against spit-polished concours winners for absolute authenticity, maybe to see what clips or bolts were factory original when even the manufacturer may no longer have the info, or perhaps itself went out of business many years ago. These are the people who kept every shred of paperwork that came with their cars, who collected period magazine road tests, who kept the original parts in a box in the trunk, making the process by a future owner of getting the car roadworthy all that much easier. 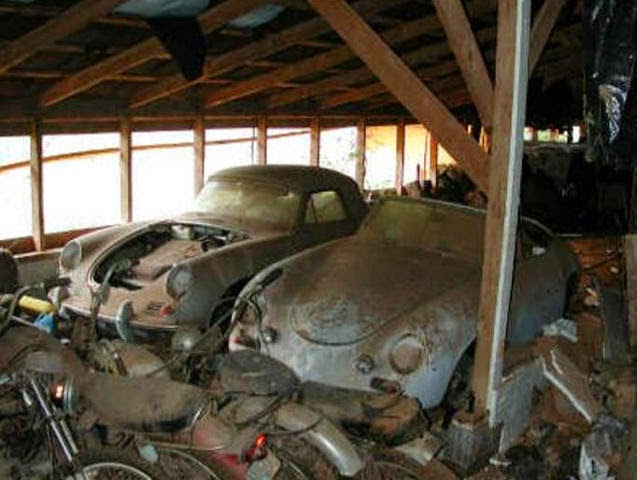 In our minds big dollars for truly special cars may mean that we are now that much further away from owning our dream cars, but in reality most of us will never (and probably never even had the chance) to buy our dream car, and so we settle for something lesser. Is that 280SE 3.5 cabriolet now selling for more than you paid for your house? Ok, well maybe it's time to start looking for a sibling vehicle at a fraction of the cost, a 220SE Coupe that largely looks, drives and feels similar in most ways with only slight tradeoffs of power or trim is not a bad sacrifice if it means you still get to put your kids through college and retire while enjoying a fine automobile on weekend jaunts to wine country. It also means that the guy who owned the 220SE found value in his car because it's big brothers are so coveted, and now you reap the rewards of his stewardship. Need some parts for that Coupe? Thank the people with truly limitless budgets for restorations at the Classic Center for encouraging Mercedes-Benz to do a new production run of a previously impossible to find parts.

The next time you're watching a Gooding & Co. auction at Pebble Beach and cursing the money your lifelong dream car just sold for, remember that the likelihood of you ever being able to acquire such a car (the same chances for most of us in fact) were probably just slightly above zero in the first place. Yes, reality is a bitch sometimes. Once you have gone through the stages of denial, anger and acceptance you can turn that energy towards finding a car you can still afford while also quietly thanking the guy who looked after it for you in his Minnesota garage for the last 35-years.