When searching for our next collector car, most of us specifically seek out lower-mileage examples and those with too many zeros are often scratched off the list. Rarely, however, there are extremely high-mileage cars that, for the sheer fact of their durability, and perhaps even utter will to survive, entrance us in a way that only a car with so many stories, owing to so many miles on the road, could tell. Realtor Ben Clopot is the enthusiastic owner of just such a car.

Ben's 1966 250se Coupe came to him with little fanfare after his long and exhaustive search for, "a Euro coupe with manual transmission and air conditioning." His year-long search finally came to an end when a one-family owned coupe was offered for sale last year, but oddly, "they didn't mention much about the miles except for the fact that is has always been taken care of. I absolutely fell in love with it." The deal was a private party sale completed after a friend's suggestion that this could be the right car for Ben, his wife Christine, and their young daughter Isabella.

After going through 300+ pages of receipts that came with the car (totaling some $88,000 according to Ben), and discovering several awards contained in a box in the trunk, a bigger picture of the car's history began to form. Ben quickly realized that he had something very special in his Beverly Hills garage. 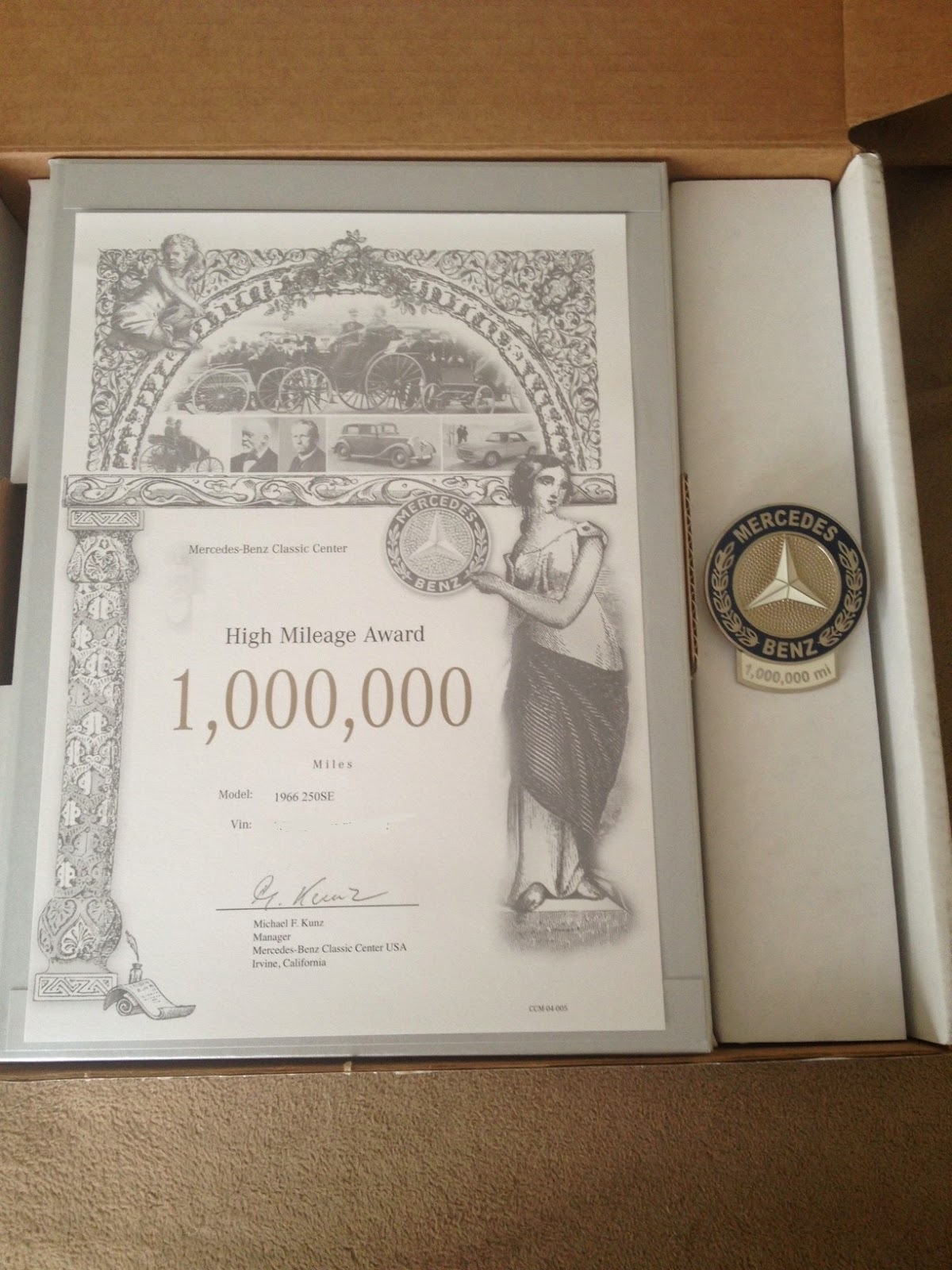 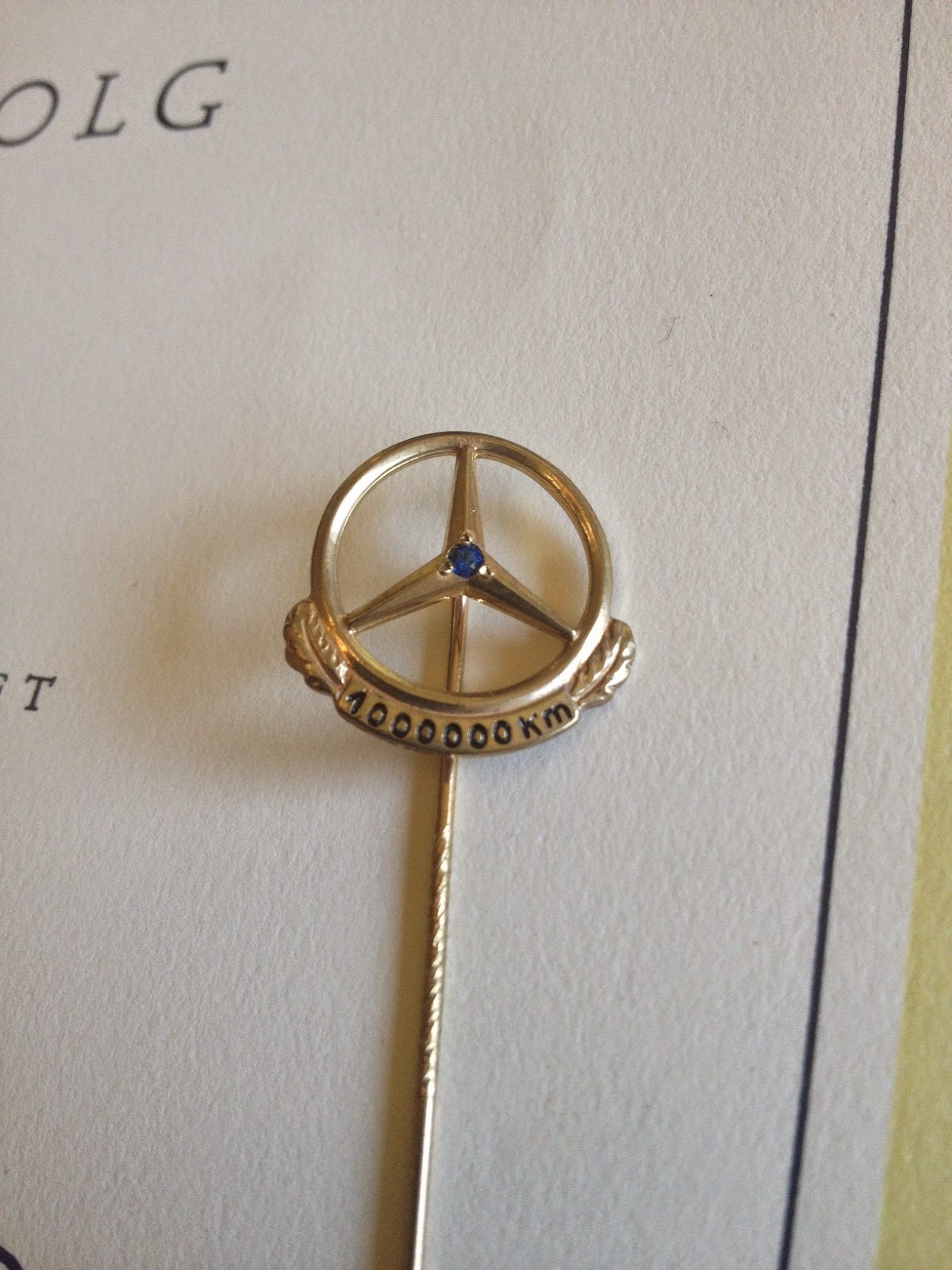 If anyone question's Ben's capacity as the new caretaker for such a unique and possibly needy car, he reassures, "I drive this car every day and love it even more knowing its orig owner had such pride of ownership and I can carry on its heritage." He says that not only does he use the car as a daily driver, this being the favorite among his various and more modern cars, but it is also his preferred mode of transport for regular trips back to visit family in Las Vegas, adding another 35k-miles a year of his own to the well-used odometer. The million-mile mark was actually passed some time ago and today, the car has over 1,280,000 miles and counting!

As we know, even the finest cars will need regular maintenance and repairs to keep them in tip-top, roadworthy condition, and some of that previously mentioned $88,000 in receipts went towards two bottom end rebuilds, four top end rebuilds, and a twice refurbished transmission. Ben also mentions, "anything that breaks gets fixed immediately and everything on the car works as it should perfectly." To our minds, this is what responsible and passionate ownership is all about.

Ben, like the rest of us, has heard of several "million-mile" Mercedes fitted with diesel engines, but is curious about how many gas engined cars have attained this level of road experience. What an experience it has become, Ben tells one story, "I had a guy crash into the curb a few days ago because he was starring at me instead of watching where he was going. You could see his girlfriend screaming at him." As many of us who regularly drive Oldtimer cars can confirm, Ben added,  "I also get people on a weekly basis, almost daily, (asking) if I would consider selling the car." Also like many of us, he enjoys the benefits of owning such a beautiful and coveted motorcar, and suggests, "This is a car I plan on holding on to. I consider it priceless." 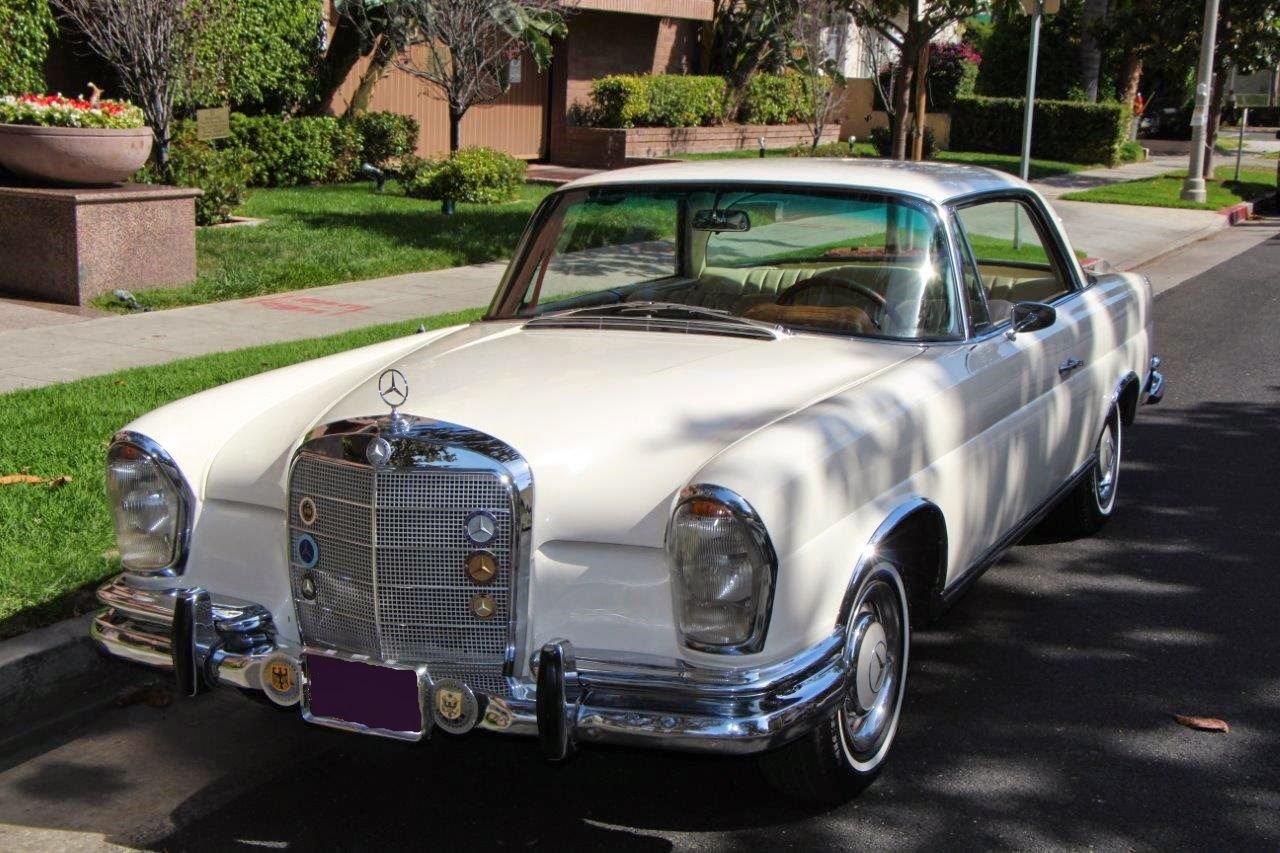 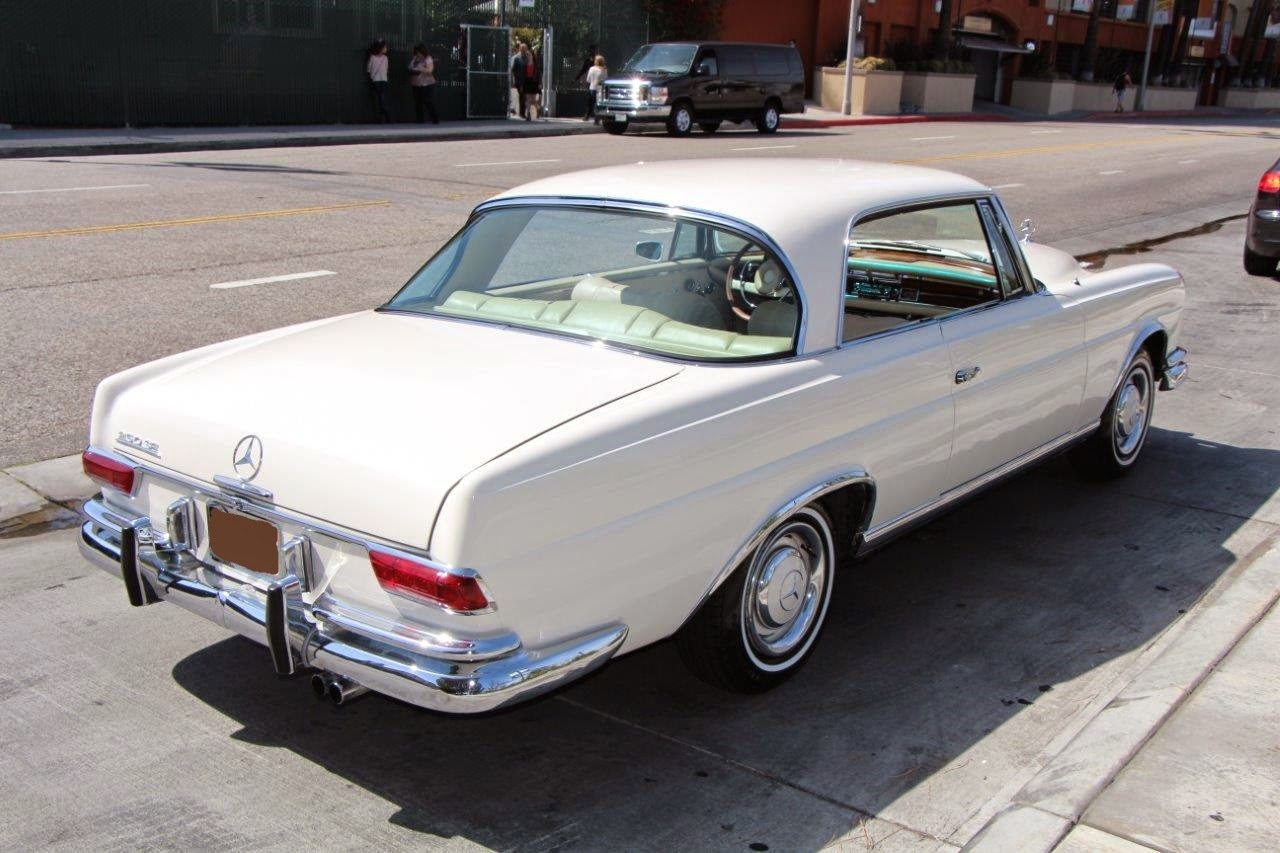 No stranger to Mercedes-Benz or collectible vehicles in general, Ben details his automotive obsession by saying, "I have owned many different models of Mercedes, my last one purchased new was a 2005  S55 AMG black on black which I drove for 2 years. My kind of cars are all over the place I have had a 1987 BMW M6 (also designed by Paul Bracq -ed.) and a BMW 3.0 csi. I love coupes. A 1987 Porsche 930 turbo, 1989 Porsche 930 turbo cab, original Mini Cooper S dual tank Raleigh car. I love cars but I have had at least ten Mercedes in my life and I even purchased a 1967 250se coupe about 15-years ago. It was white on blue but after all said and done it needed way to much work to make it the way I like so I let it go."

Why the classic W111 coupe over something more sporty or from another maker? Ben explains how his formative years played a role in this decision, "I set out to find a car that reminded me of when I was a child. My dad purchased new in 1969 a white on red manual 280se coupe when he moved to the states. I have just always loved this car." 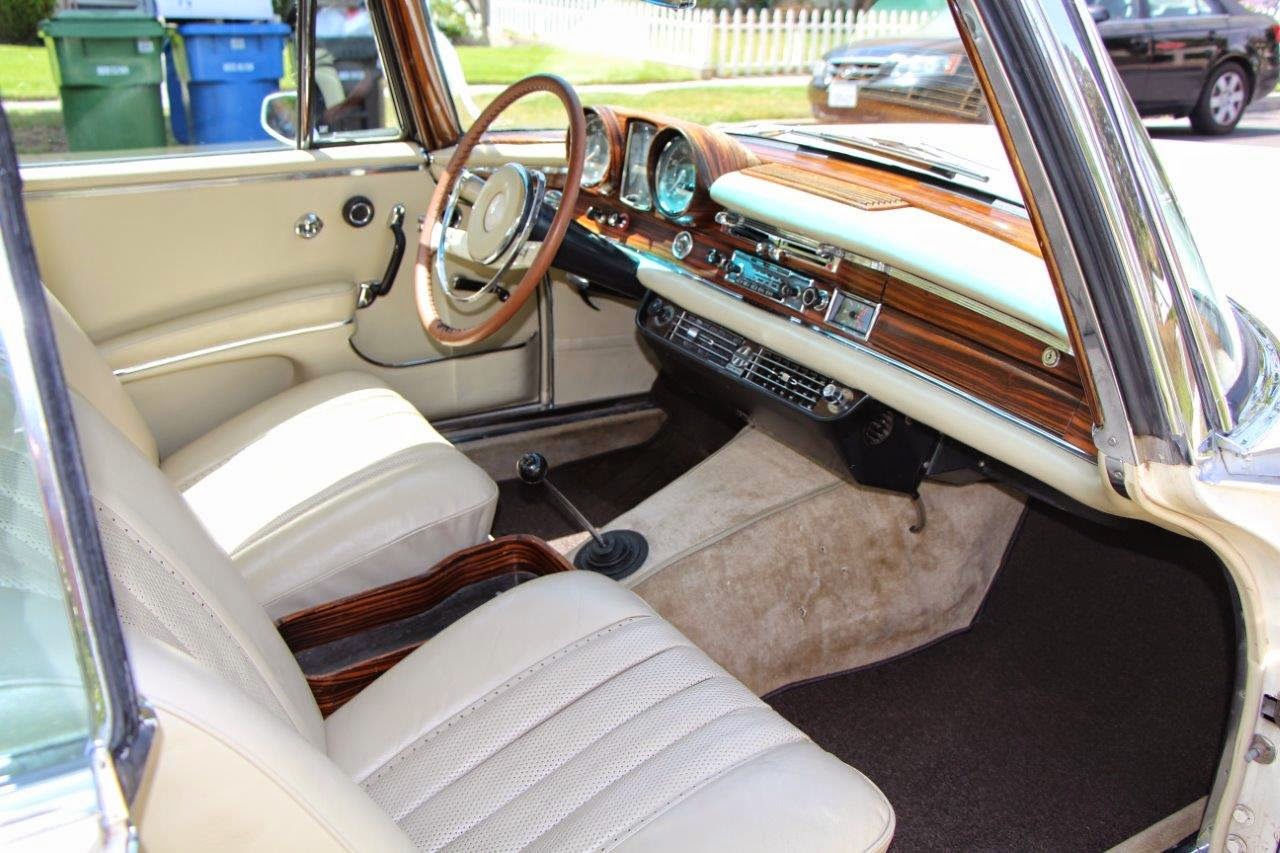 When it came time for Ben to submit his application for his 1-million mile badge and certificate, he was directed to a specific dealership in order for them to perform a check of the gauges and maintenance records in order to confirm it's eligibility. Needless to say, it passed and today wears it's latest bit of car jewelry as evidence, a small but proud enamel badge proclaiming to the world that Mercedes-Benz, indeed, built some of the finest cars in the world.

Do you know of a gas-engined Mercedes with more than a million documented miles? Let us know!

See full gallery of photos below: