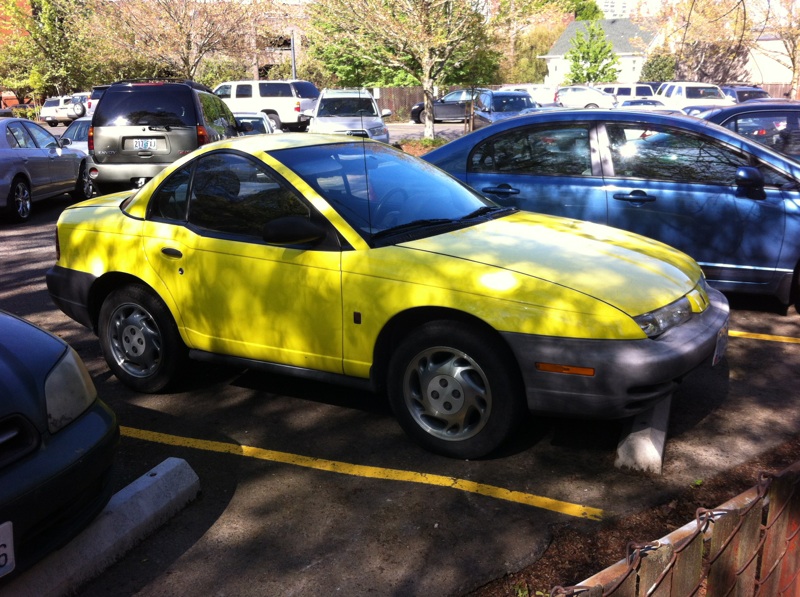 While walking with a friend through a busy upscale neighborhood in Portland, OR I was stopped in my tracks by a Fire Engine green/yellow car that made me think I was looking at a bad photoshop job before regaining my wits and realizing that I was actually still out and conscious in the real world. The car appears to be a sedan that was chopped down into a 2-seater coupe, and while the roofline appears to be a bit too short to offer a visually pleasing ratio, whoever did the work went so far as to lengthen the doors, something usually overlooked on these sorts of chop jobs. 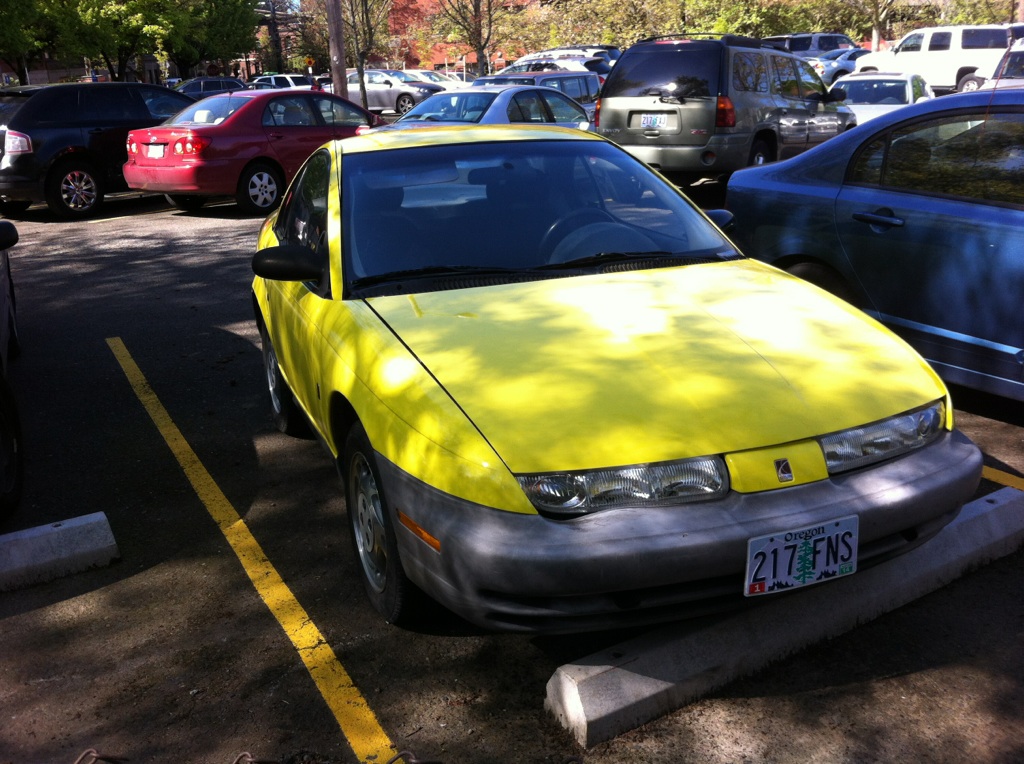 The kick-up in the body line seems necessary and the cut line at the bottom of the rearmost pillar made me, at first, think they went full hardtop convertible on this bitch, before remembering that the Saturn sedan this was presumably based upon also had this trim piece.  It was in a gated parking lot so I was only able to capture the side and front, but seeing as how the nose didn't receive any special treatment I am guessing the rear stayed stock as well. In hindsight, I should have jumped the fence to get some images of the interior, I am curious how the door trim panels were managed and what's behind the seats.

As much as I thought I would be repulsed by this thing, I had to admire the skill it took to do something like this, even if a little herbal assistance from mother nature was likely required in the planning and design stages.

If I could ask the owner three questions about this build they would be:
1) Why, seriously why?
2) How much weight did you take out?
3) Doesn't that ride like hell on such a short wheelbase? 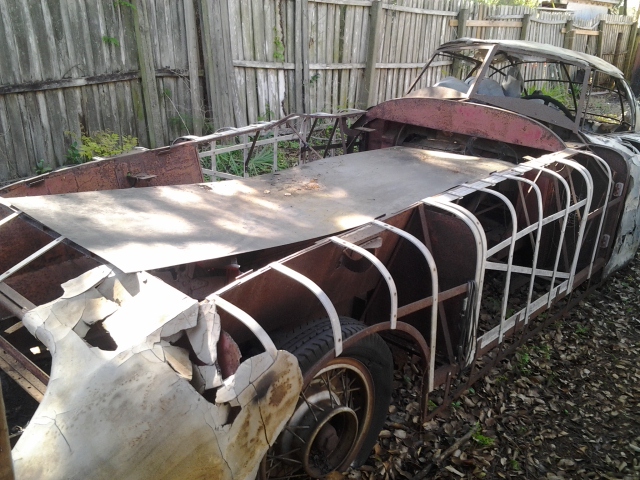 James McLynas of Tampa, Florida likes neat old stuff as much as the rest of us, so when he saw a neglected, but remarkably unique, automobile on an episode of American Pickers, he was intrigued, but simply left it as a mental footnote by the next commercial break. Several months later, while he and his partner in finds, Kim Harwell, were inspecting a forgotten Chevy Nomad they noticed another oddball car "tucked behind the house" and recognized it as the car from the TV show. McLynas says, "The owner could tell I was fascinated by the car and a deal was struck. I was of course thrilled and glad that I could be the one to save the car from its muddy prison." The swept back curiosity was exhumed, it's present Hindenburg shell was probably once a great zeppelin.

You see, living in Florida put this blip on McLynas' radar because of the state's long and storied history of Land Speed Record attempts and successes, and this car, with it's streamlined canvas-sheathed body, single seater cockpit and a variety of specialized speed-inducing accoutrements, immediately stood out as a possible record car.

Only a day after the car was pulled out of the mud, it was put on display at the St. Petersburg Festival of Speed where it won the American Classic Spirit Award award, still full of trash, leaves and detritus accumulated over decades of outdoor storage. "There was a huge crowd around it all day much to the dismay of many a polished Ferrari owner," mused McLynas. He followed up by posting the story and photos on a couple of internet forums in an effort to find out more about his unusual find. Replies ranged from hearty cheers of encouragement sprinkled with a few sparse clues uncovering bits of the story behind the car, to naysayers and doubters claiming the improbability of the car's lineage, capabilities,  and in one case simply, "not worth the hype." Judging by the rabid and continued responses from enthusiastic members of the online car community, and those who witnessed the car in person at the St. Pete show, the hype is apparently justified. 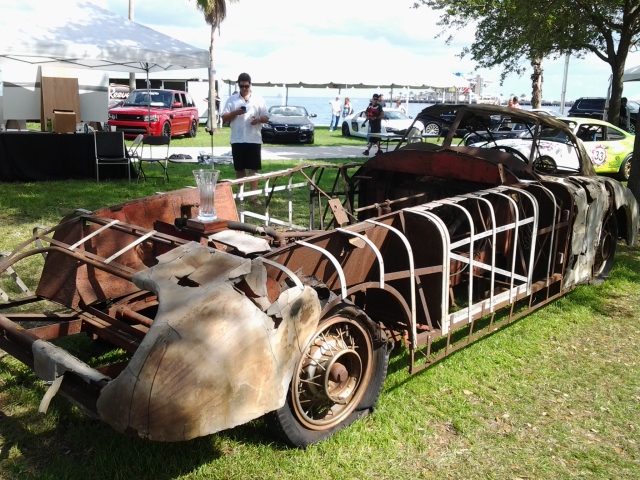 The new owner is actively seeking out as much information as he can gather in an effort to authenticate the car 's maker, history and accomplishments. So far he believes the vehicle did achieve it's goal but without the presence of an official time-keeper, but that it failed to repeat the feat once proper timing was in place. He also has reason to believe it was displayed in-period at either the Chicago World's Fair or the Pan American exhibition during the mid to late 1930's.

Just some of the clues that point towards big money backers, and adding some authenticity to the suggestion that this is a true record car, include a lack of exterior lighting of any kind, no rear window, no rearview mirrors, and a lowered chassis that sits just 4-inches from the ground, improbably low for a "street" car from a time when rutty roads were common, so low that the transmission touches the ground when the air is out of the tires. The spark plugs were welded in place in what was presumably an effort to ensure they stay in place during the run, possibly due to high compression or to avoid unthreading themselves at the high speeds and associated vibrations of a sprint across the sand. 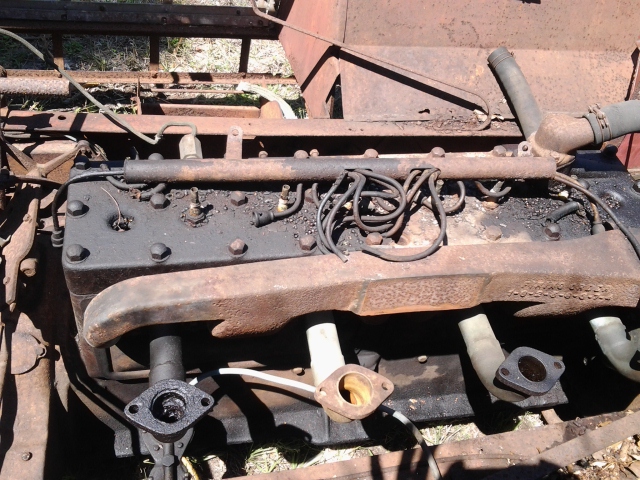 The highly modified Pierce-Arrow engine is no off-the-shelf unit either with it's four custom intakes matched to four custom carbs, and an special exhaust manifold that, like the intakes, is ceramic coated inside and out. Each carb has it's own mechanically adjustable linkage. 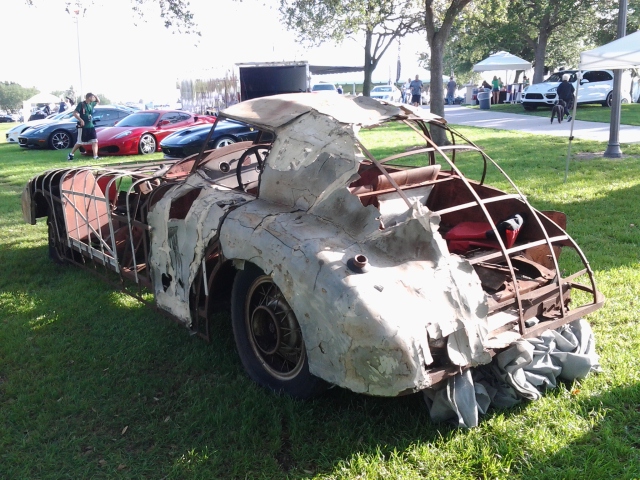 The body is canvas but has since been coated with a body filler-type material, likely in an effort to preserve the shell after the original record attempt was made.  The fabric is supported by aircraft grade ribs forming the wind-cheating shape, each connected by countersunk aircraft rivets. The hood opens from the centerline outward in a clamshell configuration on either side presumably for quick cooling and can be detached using a mechanical pin mechanism from inside for quick engine access. Did we mention the speedo registers 300mph and other gauges are a match for those found in early fighter aircraft? Yeah, that too. 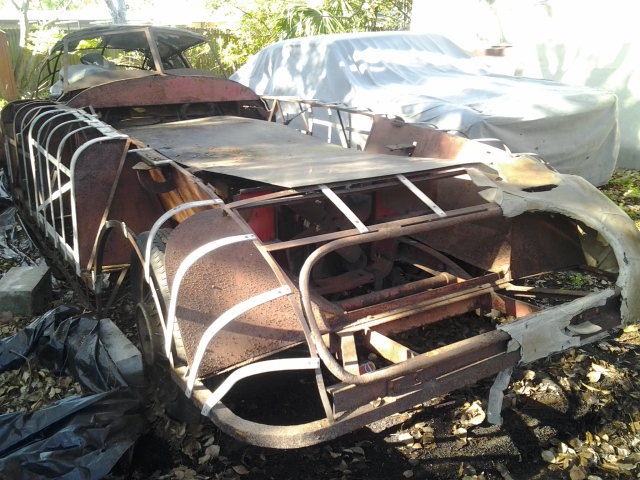 McLynas states that his intention now, "is just to do as much research as possible. That's why we placed it in the (St. Petersburg) show, to get exposure and hopefully spark someone's memory. Once we find out what it looked like, who built it and what it did and where it did it we will formulate the next plan for the car."

Can you help a brother out?

Join the conversation and if you have anything to add to the story, let us know. With the power of the internet to solve automotive mysteries of all types we're confident this is just the beginning of what will end up as either a significant find in the annals of early American motor history, or at the very least, one hell of a fascinating ride for everyone involved.

We'd love to see it bought and kept exactly as it sits, a perfectly honest visual description of the state of the era in which it was created. Here's a rendering by Marrs for those wondering what it might look like in it's day or fully restored.


(All Photos © James McLynas, used with permission. Illustration by Marrs.
The "Pickers" LSR first surfaced on the AACA and H.A.M.B. forums.) 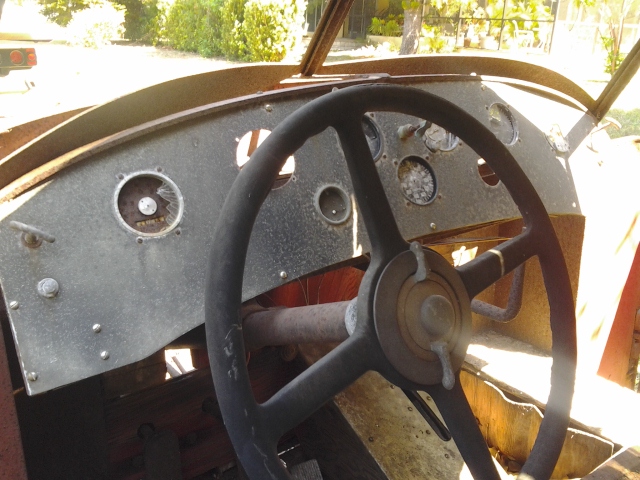 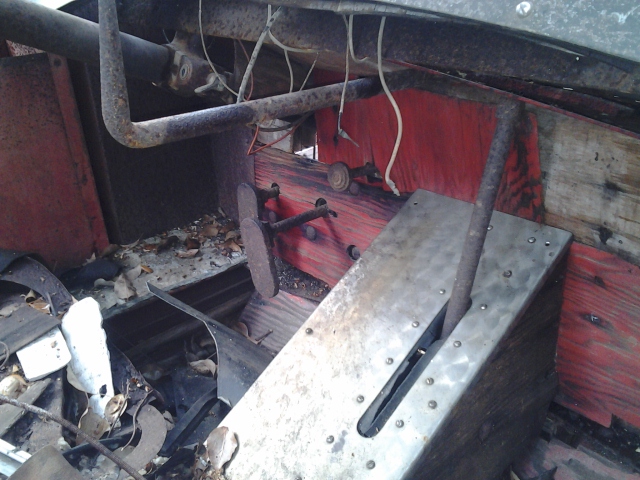 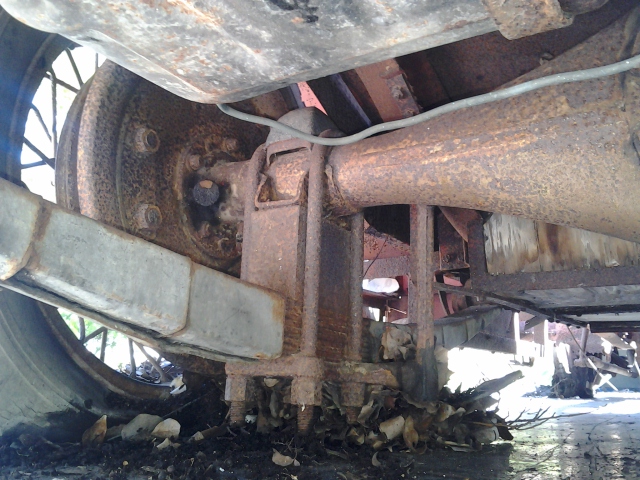 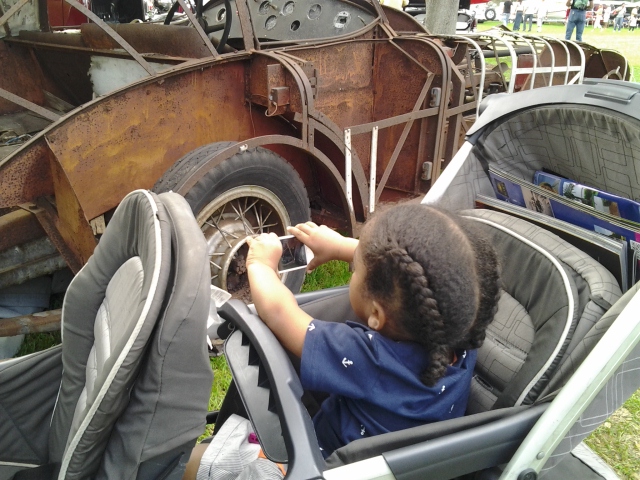 So we now live in a world where the electric car (the best looking one anyway) is dead again... 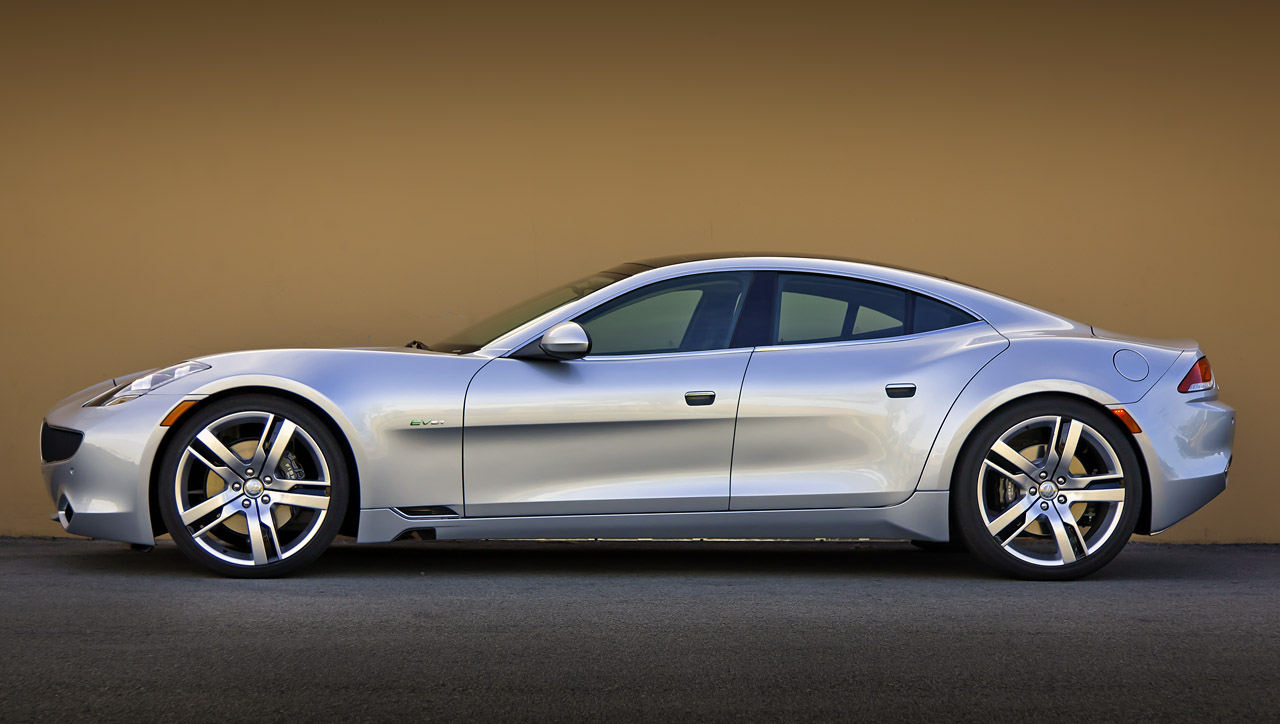 Yet the flying car nobody wants drags on. Please 'splain this one to us? 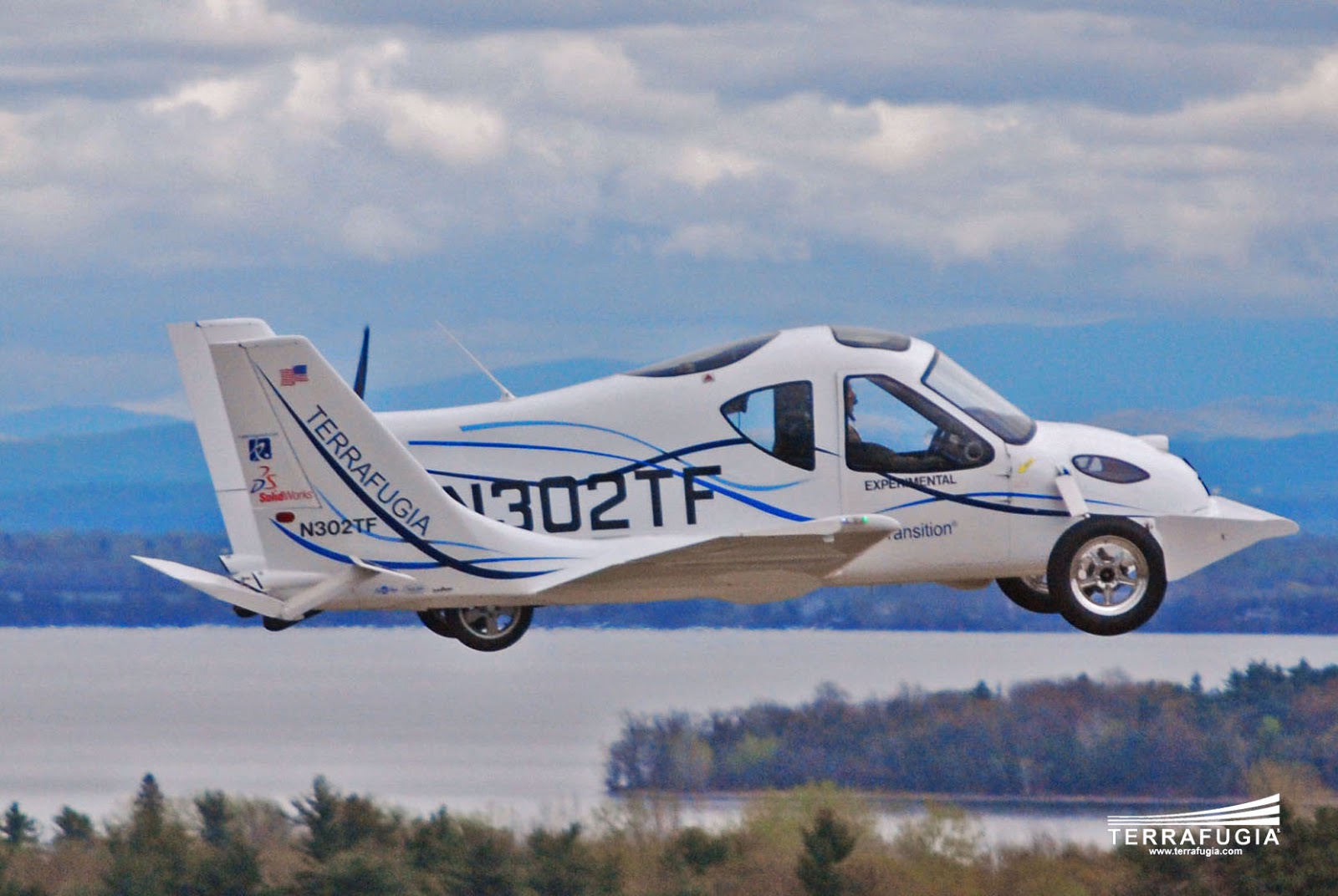