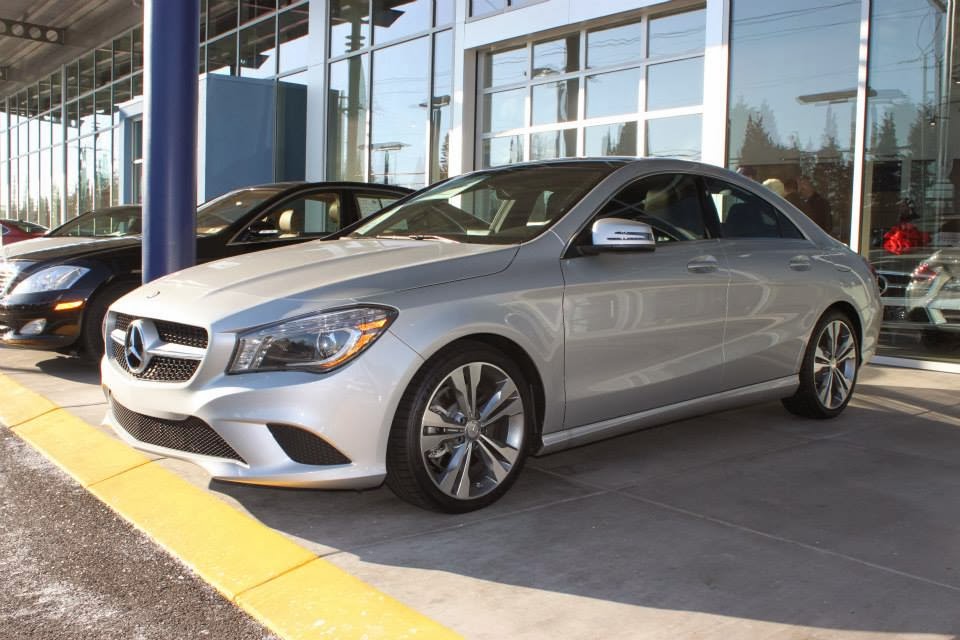 The bold, forward-looking style of the 2014 CLA is poised to welcome younger audiences. I have been a Mercedes fan since the 70’s and  believe the 280SE coupe and 280SL pagoda are some of the best looking cars every made.  Fast forward to 2014 standing on the showroom floor of a dealership with the MBCA (Mercedes-Benz Club America) club event to test drive the new S-Class and CLA I was talking with the club president and board of directors about their issue getting younger members in to the club. Then I looked around the room and realized the issue is not only within the MBCA club but is a large issue with the entire Mercedes-Benz Company.  Historically Mercedes engineers made the best car on the road and then the marketing department priced it accordingly. Then the market share started to go down with other car companies building quality products. Mercedes had to advertise on TV to compete in the new market place. 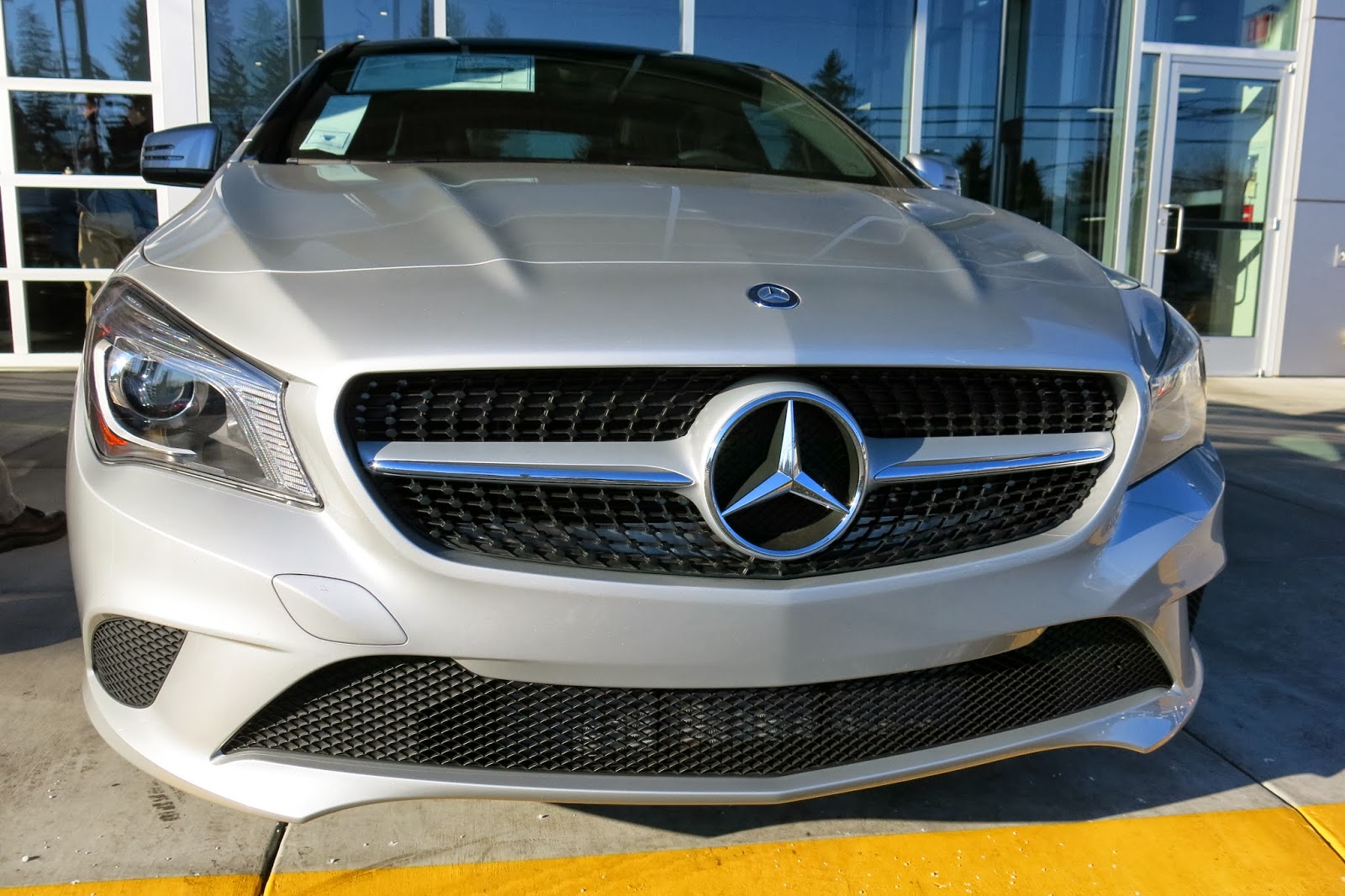 A car that use to sell itself now needed to keep up with the others. Loyal buyers were not swayed but the buying power of younger generations cannot be ignored and conservative styling approaches are hurting the bottom line. Today you see a company with one foot in the old traditional styling and another foot in the future. The CLA250 and the CLA45 AMG are directly targeting the younger market and as Mercedes is usually good at what they do I feel they have hit the target. The memo has got around the company and they are listening to what younger customers want. The key to all of this is the Star brand, it has brought class and prominence to every Mercedes way before the 60’s 600 limousines and anyone that drives one not only gets a bank vault for an automobile but the prestige and pride of ownership as well. Put that star on a car for future generations and now a whole new era is starting that may keep loyal fans for their lifetime. 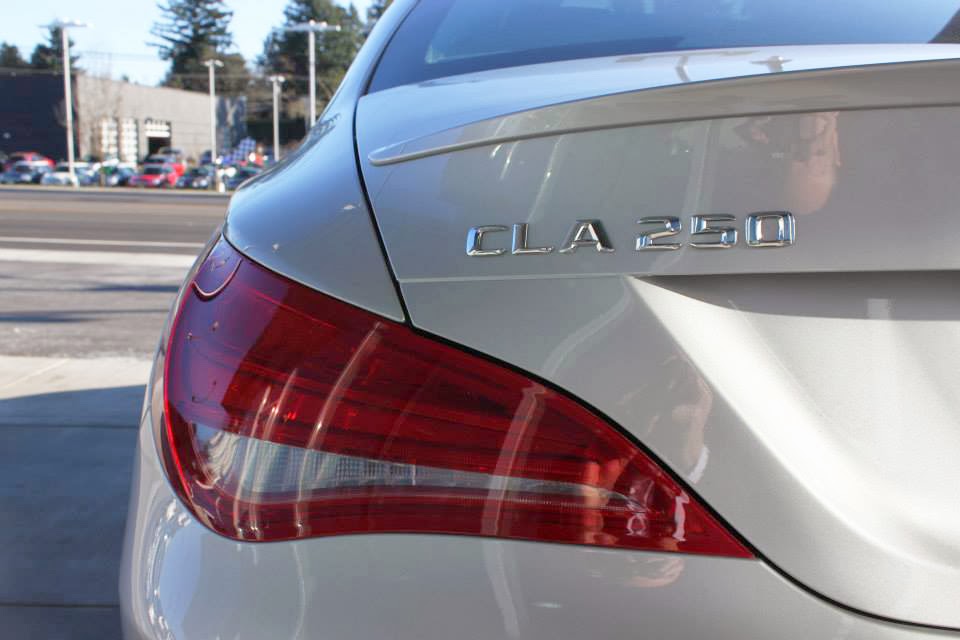 In a world where version updates are a regular part of the landscape and being adaptable to fast pace technology changes today's cars do more than transport you from one place to another, they also talk to your arsenal of technology and plug into your life. Just as a buyer in the 60’s wanted   a Mercedes for its build quality today it may be the carbon fiber iphone holder that brings it home today, learning and adapting is the key. The CLA tag line “Style you’d sell your soul for. At a price that lets you keep it” and an A-list actor William Defoe was a good campaign and at a $29,900 entry level price point it is attracting new first time Benz owners. Mercedes has pulled ahead of the competition with the new CLA. My thought for the MBCA is to invite every CLA owner to club events or even have an event targeted for the CLA specifically to attract the next generation of Mercedes enthusiast. My hope is that the younger generations take pride in ownership and pass that on to their children. It starts with washing hubcaps in the driveway and working your way up to washing the whole car and eventually getting behind the wheel to drive it and feel the quality through the steering wheel. Maybe the future Mercedes enthusiast will be restoring their CLA forty years from now rather than just getting the upgrade or new version.


(Special thanks to Mercedes-Benz of Beaverton for CLA access.)

Hemming's had a fantastic article comparing two black-over-red 300 SL Gullwing coupes that went up for auction at Gooding & Co.'s Scottsdale event this past weekend. One was a true survivor that was largely intact aside from some claimed paint touch-ups, while the other was the recipient of a full Concours level restoration.

In the end, the results shocked some but perhaps surprised few who have been following market trends. The "survivor" sold for $1,897,500 while the "Concours ready" fully restored car sold for $1,402,500. That's a premium of $495,000 for simply leaving the car be. There's seems to be something to mama's lessons about patience and restraint.

Wild speculation soon became heated debate once the hoopla subsided and the reality of today's car market set in. Some collectors are now rethinking the big bucks they spent on past nut-and-bolt restorations while others insist this is a trend that will eventually die out.

We tend to skew towards this being the new normal, especially considering the collector car market is now being more often compared to the art and antiques markets, where originality has been prized for decades. Remember in the 1980's when everyone was a backyard furniture restorer, stripping away cracked layers of original varnish only to be reprimanded by the Keno brothers when they showed up on Antiques Roadshow with dollar signs in their eyes? As is often said, "it's only original once."

Other "survivor" sales of the event included Roy Roger's Jaguar XK140 roadster with tattered innards, and a '67 Ferrari 330 GTS still sporting it's elegant cover of detrius.

This does not assume that these survivors will be kept as such, some wealthy collectors simply like to have a perfectly clean slate to start with, not worrying about if they need to undo some previous restorer's inadequate work or what lies beneath the fresh coat of paint. Others, however, prefer seeing the story of a car's life as told by it's dents, dings and scrapes. We read an article where one restorer would leave tell-tale signs of it's past in one case leaving fine scratches on door top chrome trim because the previous owner always tapped her wedding ring to the music she was playing while enjoying her drive.

There is a term for such restraint, it's called Wabi Sabi, and is essentially the Japanese word for the appreciation of the aesthetic of the natural aging of all things, humans included. Rather than becoming enraged when you arrive back at your prized beauty after a day of playing in the surf, only to find a parking lot ding in the driver's door, perhaps you could view this as a token to remind you of the day you just spent at the beach enjoying conversation with friends, smiling from that point onward each time you notice the imperfection.

Survivors, barn finds, unrestored cars, whatever term you choose, they aren't going away anytime soon in terms of auction appearances and climbing values, but in reality they are, in fact, disappearing as more and more cars are restored, thus erasing their individual stories forever.

When we look at that pair of Gullwings that did battle in the modern-day gladiator's arena of the auction floor, it doesn't take much thinking to know which one we would chose. How about you?