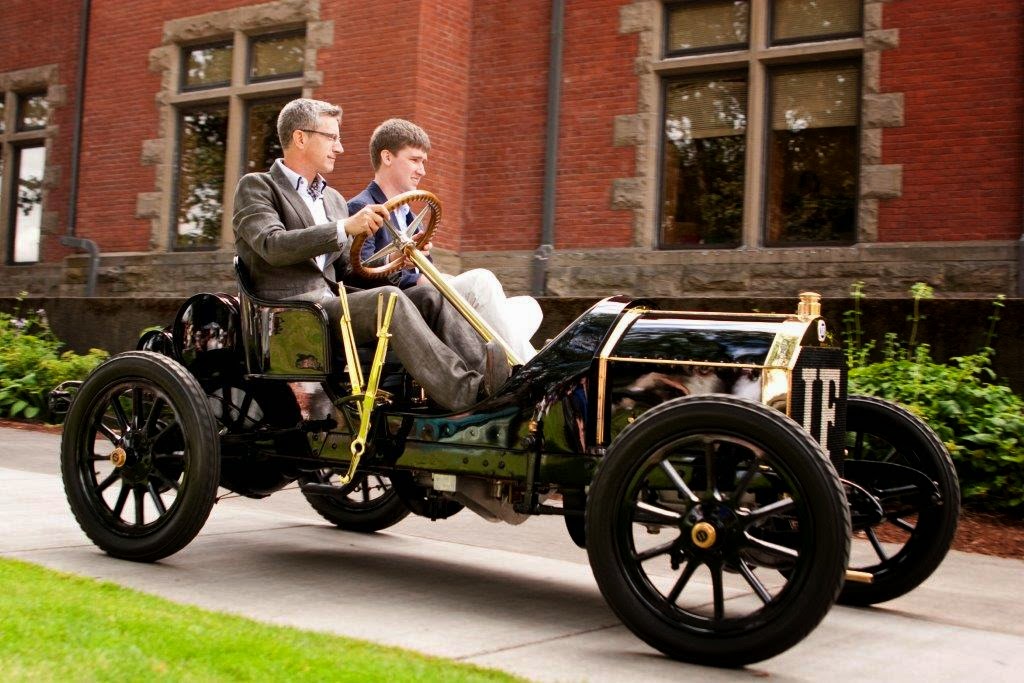 Portland, Oregon Calendar of Automotive Events for Spring/Summer 2017
By Marrs

*All titles are clickable links to the event homepage.

12th Annual Portland International Raceway Swap Meet
April 6-8, 2017
The Portland International Raceway Auto Swap Meet will return to the racetrack at 1940 North Victory Blvd. for its 12th annual event from Thursday, April 6 to Saturday, April 8; hours are 7am to 5pm daily. The event, which runs in conjunction with the annual Portland Swap Meet at the Expo Center, is one of the racetrack’s most successful events, drawing nearly 2,000 vendors that set up on every available space of the five-mile road course. This year’s event sold out to vendors in record time.

Cars & Coffee
Saturdays, 8am 2017
Weekly gathering of elite and unique vehicles at the World of Speed Museum just south of Portland in Wilsonville, OR. Some weeks have a featured marque or particular theme. Event runs rain or shine. No pre-registration or cost to attend or display your car, just show up!

Rose Cup Races
July 7-9, 2017
This is the 57th running of the oldest race event West of the Mississippi, and one of the very first major track events at PIR. Part of the city's Rose Festival events, and held at a public park (yup, PIR is a city park!), this always signals the start of the hardcore summer racing season. Rose Cup Races on Facebook.

Forest Grove Concours d'Elegance
July 16, 2016
The top-shelf experience for anyone with a passion for automobiles in the Pacific Northwest. Whether your interest is purely mechanical, or lies in the appreciation of the slender lines of a bygone era, families can enjoy a day spent among the cool shaded lawn of Pacific University while communing with old and new friends alike, all who share your passion for elegant motorcars. A vineyard tour is available to previous day, Saturday, July 15th.

Portland Vintage Racing Festival (formerly: Portland Historic Races)
July 28-30, 2017
One of the finest motoring events in the Oregon, this show has hundreds of show cars on display, over 200 vintage race cars competing on the track in various classes, and many more automotive gems to be spotted in the parking lot. The event features a weekend full of vintage racing, Car Corrals from various area clubs, an art contest, food, kids area, vendors, parade of show cars, Land-Rover off road experience, and a slalom course that anyone may participate in. This year, the Coupe Group will be gathering along side the local MBCA for their very first get-together as a club.

The Coupe Group Inaugural Gathering
Saturday July 29, 2017
The international club for the W111/W112 Coupes and Cabriolets from Mercedes-Benz will hold their inaugural get together at Portland International Raceway as guests of the regional Mercedes-Benz Club of America. Similar in concept to the Gullwing Group, M100 club, and others, the Coupe Group celebrates some of the finest automotive gems ever to come out of Germany by acting as a resource and forum for owners, restorers and enthusiasts of the brand. Find the Coupe Group on Instagram under @coupegroup and Facebook.

Monte Shelton Northwest Classic Rally
August 3-6, 2017
An extended weekend rally/road tour for pre-1981 vehicles roaming the beautiful Oregon countryside in this beloved regional event, sponsored by the Alfa Romeo club. The rally website says, "Each year the Northwest Classic Rally visits a wonderful resort where we end Friday’s and Saturday’s rallying and touring with social activities including optional car washing, general tire-kicking and banquet dinners, and we conclude the event on Sunday morning with the Awards Brunch."

Adult Soapbox Derby
August 19, 2017
An annual event that features homebuilt, and incredibly creative, soapbox racers of all types and themes that compete in a series of heats to crown one team the Adult Soapbox Champions of Portland! Mt. Tabor is the setting for this event that feels like the city's biggest neighborhood BBQ with camaraderie and good times for attendees, food, beer and some souvenirs available for purchase. Event runs from 9:30a-4ish pm.

"Every year, the Oswego Heritage Council proudly presents the Annual Collector Car & Classic Boat Show. What started out as a handful of local classic cars on display in Millennium Plaza has expanded to a huge show with cars and boats from all over the area. The show now draws thousands of people over two days and has expanded from one park to three Lake Oswego venues, with free shuttles provided between the venues.
As always, there is no cost for admission to any of the event’s locations. This is the only show in the tri-county area that combines collector cars and classic boats." -Lake Oswego Heritage Council

All British Field Meet (ABFM) and SOVREN Races
September 2-3, 2017
If you like a Triumph Stag as much as a dark ale, or if a Bentley 3.5 litre gets your knickers in a tizzy, then this is the show for you. 800+ British cars gather at PIR for what has to be the most laid-back and utterly enjoyable show of the season. Wind down the summer with racing, cars on display, food and all around good times. The event celebrates a featured marque every year. Be sure to check the Event Schedule here to ensure you see what you want. The car show is Saturday only, and the swap meet is Sunday only for example.
Newer Posts Older Posts Home
Subscribe to: Posts ( Atom )