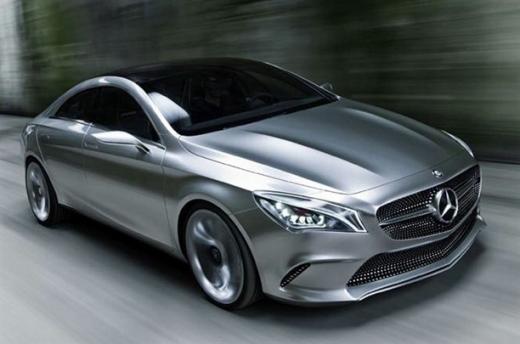 The Concept Style Coupe (or "Baby CLS" as it has come to be known) features one funky visual treat that we doubt will make it into production when the car hits dealerships later this year under it's expected moniker "CLA." The flirty eyelash-batting turn signal indicators are impressive and funky, but it's probably for the best that they won't appear on road going cars given the ultimate likelihood of costly repair at the hands of service techs when they eventually fail. We can also imagine a scenario where one lid remains permanently open giving the new cars a stroke-ridden fascia or reminiscent of 80's era cars pop-up headlight cars that suffered the common indecency of one lens permanently stalled open.