When You Think of Offroading In a Benz, is This What Comes to Mind?

Most people rightly imagine the trail-pummeling Unimog, the classically boxy Gelandewagen, or perhaps even the ML (if you're crazy enough) as a proper off-road Benz, but this is what I want to be riding in when the Zombie Apocalypse comes.

Featured in the video above is the backbone of the German military elite, a vehicle so massive and imposing it probably could have won the war on sheer intimidation factors alone if enough had been made. These vehicles served as everything from staff cars to radio vehicles and all with nothing more than 100-110 horsepower under that massive hood. The horses come from an inline-8 engine that also produced a more important number, 208 lb-ft of torque. The 8,150 lb vehicle could only achieve a top speed of 42-mph, so they weren't going to outrun any Allied aircraft that had them in their sights, but with only 57 ever produced, and only three known today to be absolutely authentic, finding one on the battlefield would have been more difficult than asking the French to defend themselves. Technical mastery of the Engineers at Mercedes is evident by the G4's two electric fuel pumps (a primary and a redundant) plus another mechanical pump, and should all three fail, there is a gravity fed line from a separate fuel tank.

One example was the recipient of a painstaking three-year restoration at the Mercedes-Benz Classic Center in Germany, and was offered by their dealer network in Spain as a gift to the Spanish Royal Family. That particular rig was originally presented to Spain's General Franco and thus, the restoration was ordered to be mechanically perfect yet retain the patina of history it had acquired inside and further required the retention of as many original parts as possible. One example of this was the inspection and reuse, where possible, of every original nut, bolt and sleeve. Further attention to detail includes painting the chassis by brush rather than spraying, as it was originally done, resulting in the technically-accurate brush strokes remaining visible. Even the electric clock was timed and painstakingly calibrated over a period of several weeks. The paint and bodywork was left essentially untouched and the restoration was completed. Judging by the pictures below, it seems they succeeded spectacularly. 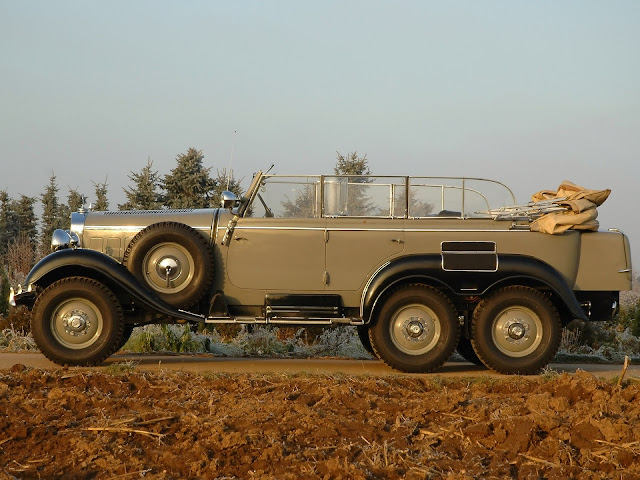 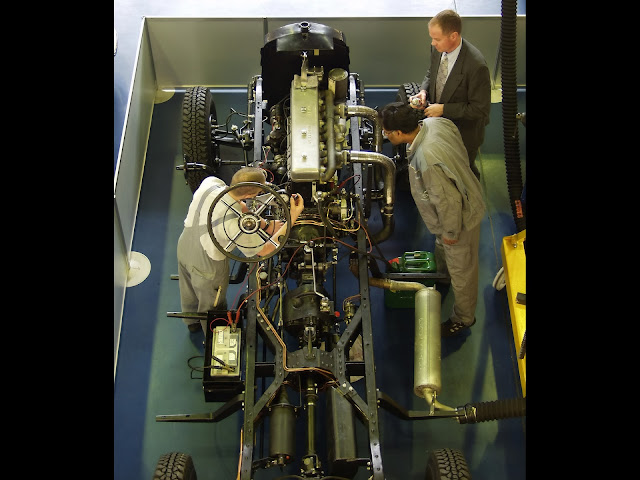