Ever Wondered Why You Can't Pump Your Own Gas In Oregon?

Posted by MotoArigato on 6:01 AM in attendant can't pump full service gas stations new jersey oregon oregonian pump for me pump for you pumping gas self serve | Comments : 0 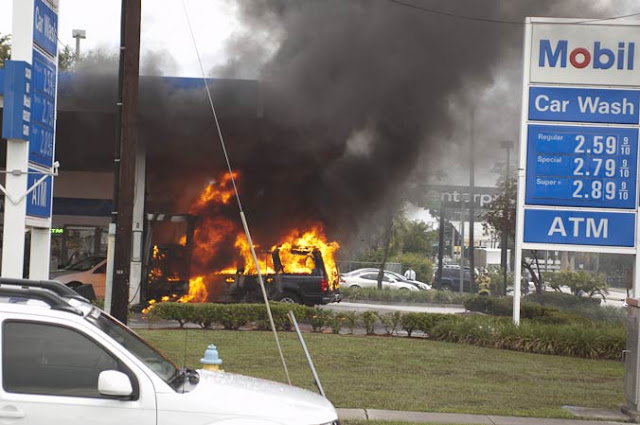 Evil gas pumps want to murder you and your car!

Since 1951 the population of the entire state of Oregon has been banned from pumping their own gasoline (oddly, they can pump their own diesel). The only other state in the Union to mandate similar action is New Jersey.  How could two states that could not be more different from one another necessitate similar "safety measures" to protect the public at large? Here's the full statute as written into Oregon law specifically explaining why it's residents are banned from pump duty. While it reads a bit like the writings of a paranoid agoraphobic who sees dangers around every corner, as Oregon residents ourselves, we kinda' enjoy pretending to be a low speed Jensen Button sailing into the pits for a top off as we prepare for the next lap (or text the wife to see what she needs from the grocery).

REGULATION OF GASOLINE DISPENSING
The Legislative Assembly finds and declares that: