Saturday's Adult Soapbox Derby took place atop Portland's in-town volcano and continued the long tradition of families and hipsters ingesting large quantities of alcohol while spectating home-built carts manned by teams of costumed death-defiers. The course ran from the top of Mt. Tabor to the lower reservoir and seating was plentiful, European rally-style, with fans scattered among the trees, hills, ditches, grassy knolls and tucked into every imaginable critter hole. Contrary to what one might expect at an event that is primarily fueled by fermented grains of all variety, there was remarkably little in the way of assholism or fights, with the single observed incident this year being the surprising case of a 50's-something dad-ish sorta guy on a road bike who pulled a knife on course workers who were attempting to keep him clear of the racers.

With competitors ranging from Death Machines to Super Mario Brothers to a remarkably cool Ecto-1 from Ghostbusters, coupled with myriad luge inspired rides and other wacky racers, most outfitted with some form of water based weaponry, either squirters or balloon cannons, it all made for one helluva day in the park. 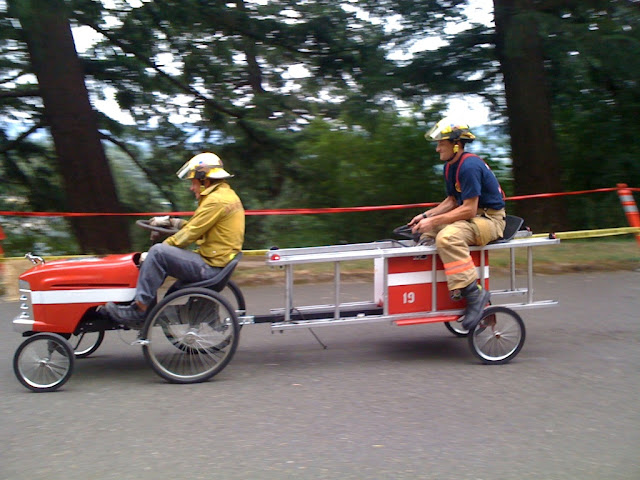 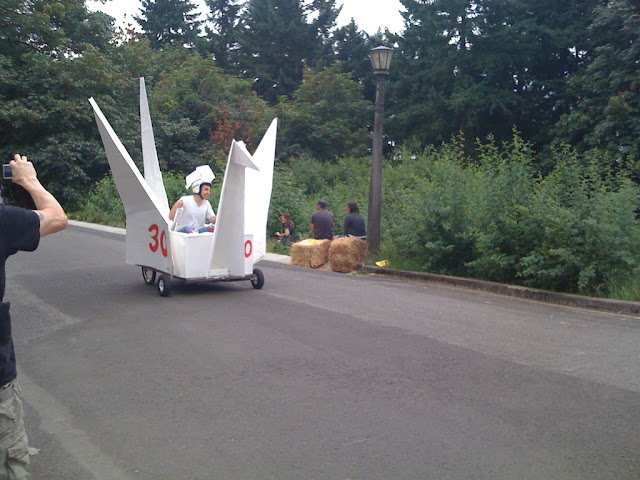 Click below to see more pics and video after the jump! 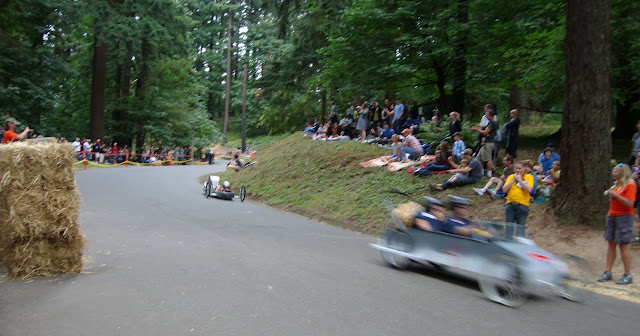 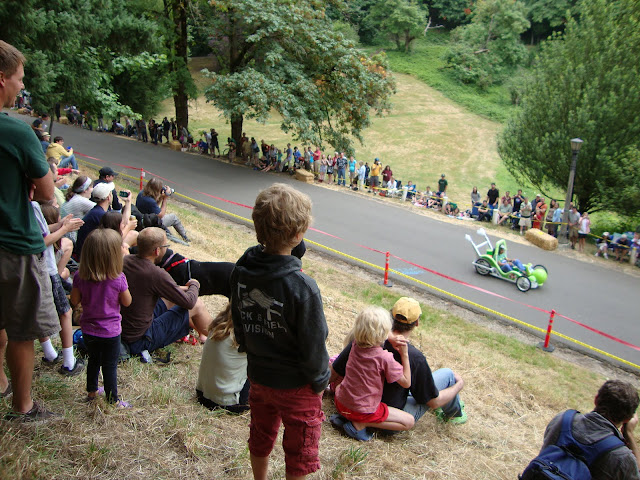 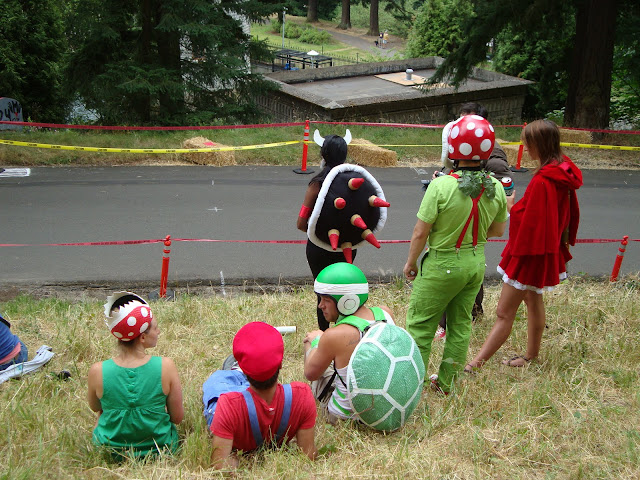 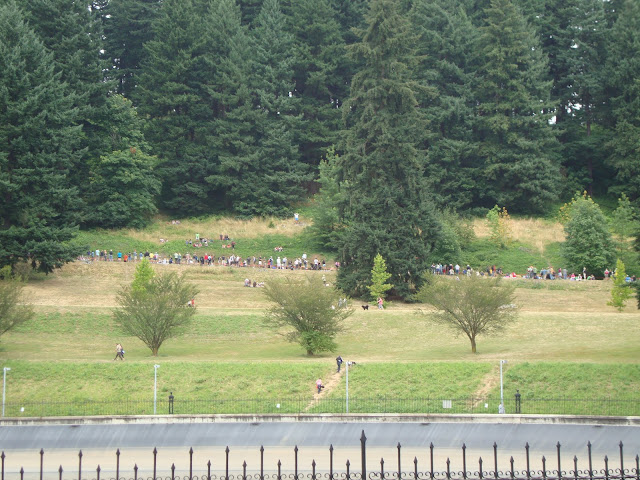 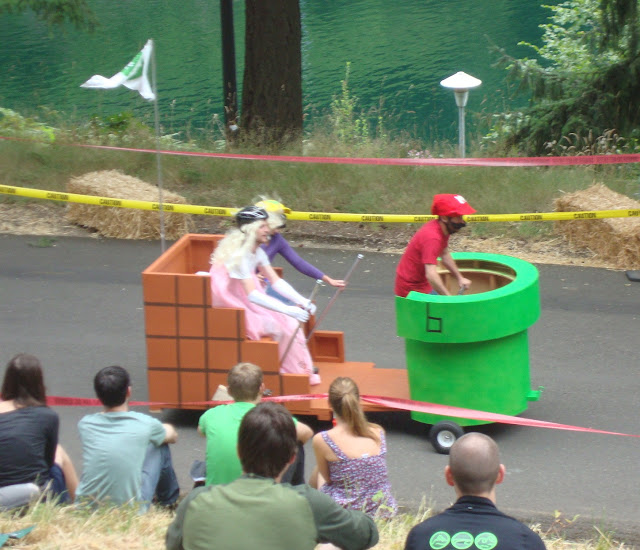 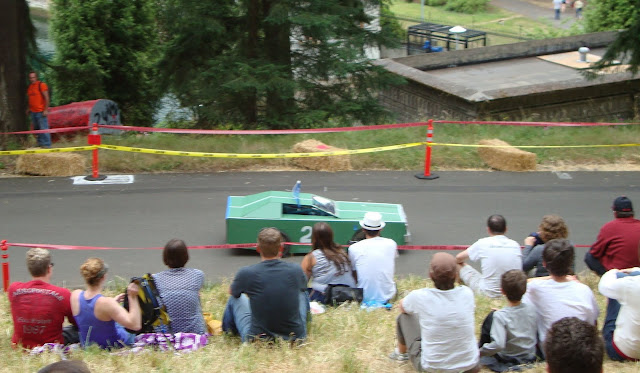 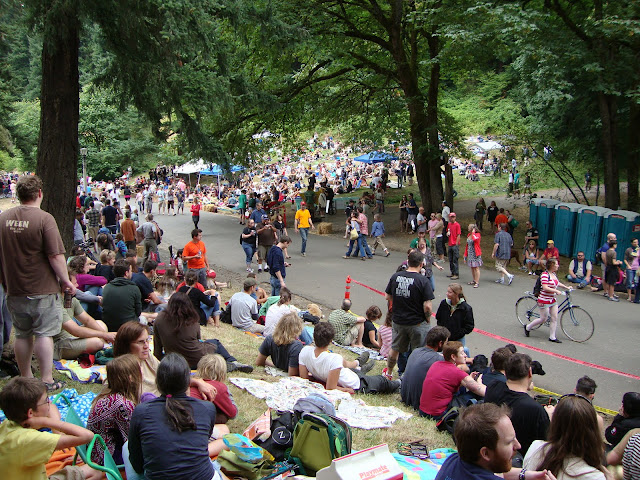 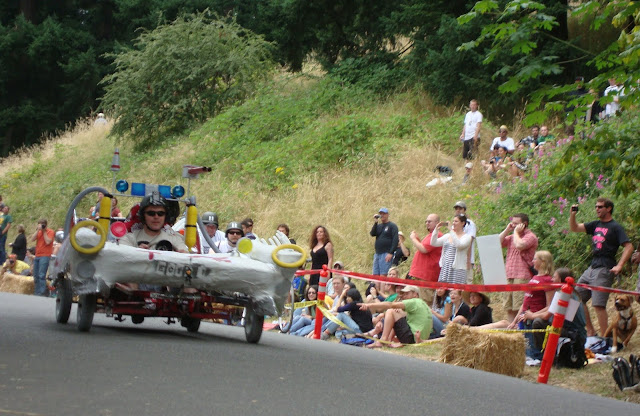 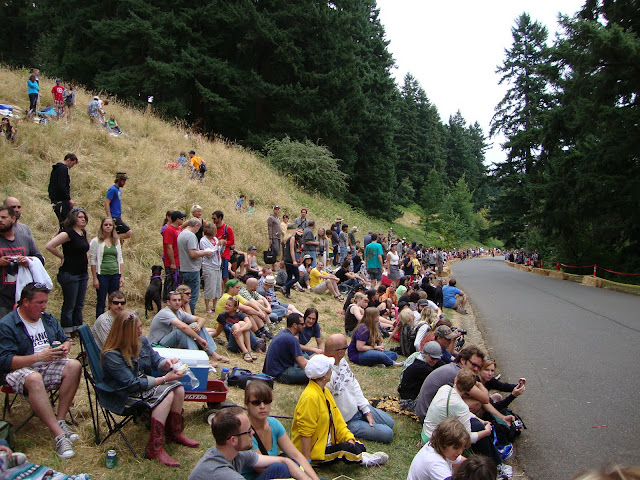 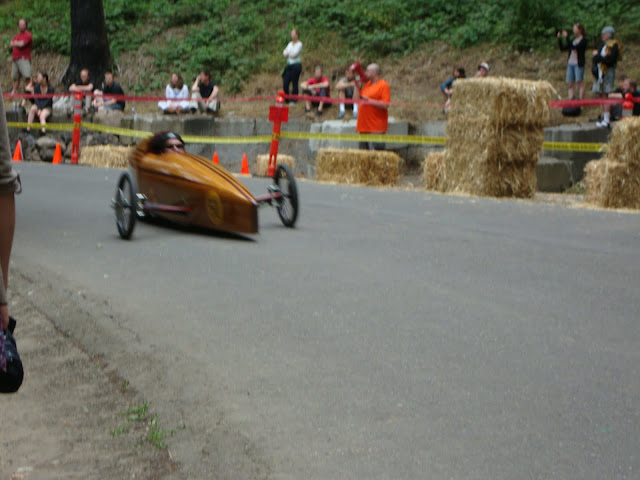 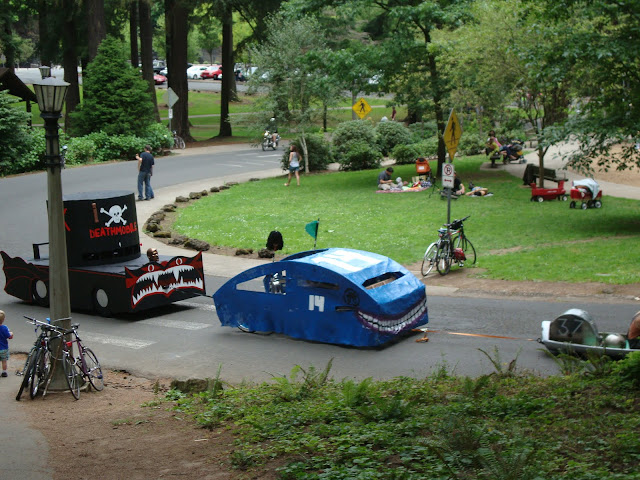 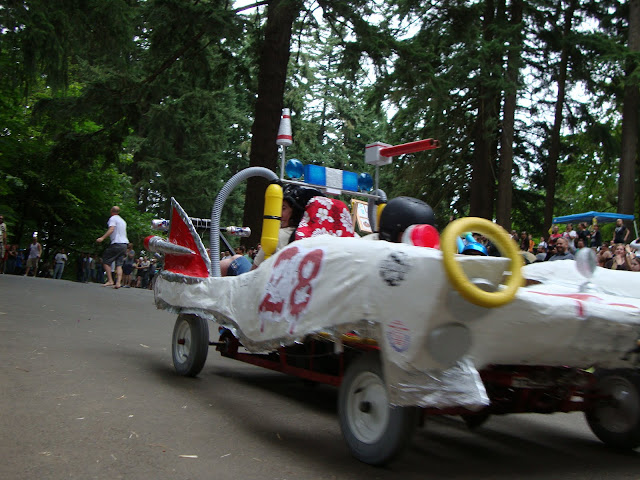 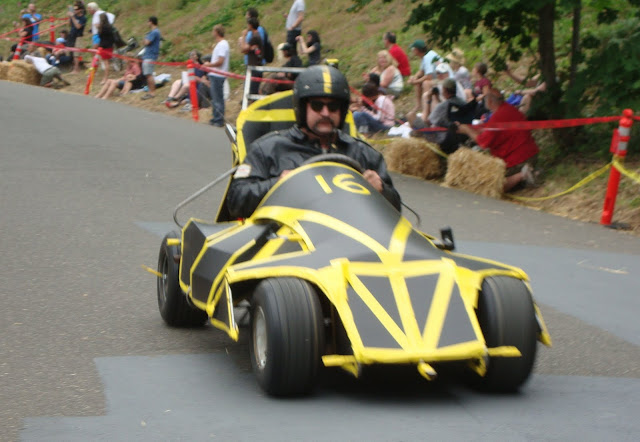