eBay is known as the single best place on Earth to find virtually anything your heart desires.  It seems that someone's heart desired to ruin a perfectly good Mercedes-Benz CLK55 by creating their own special edition, one that features oddly placed metal old-man eyebrows, a beak that resembles that angry Eagle from the Muppet Show, more added goo-gaws than you'll find in any JC Whitney catalog, and sloppy red accents literally everywhere for that elegant "bloody turd" look.  Seemingly built using only the finest tools Harbor Freight can provide, the CLK55 P.O.S. Edition was meticulously hand crafted with an eye for detail.  Mind you, those details include painting interior buttons completely so as to obscure their markings and exterior accents in what appears to be flat-black paint rather than a matte clear coat (to ensure the car only looks "this good" until you take it to a car wash or, you know, touch it with bare hands).

Interestingly, the seller mentions in the "about me" section of the auction, "(Name deleted for their own sake) Inc. was established to take customization of high end vehicles to new limits."  We are pretty sure they succeeded spectacularly with this goal.  They continue, "We guarantee that you will never stumble upon another vehicle that is identical to yours."  At least they have some idea how traumatizing it would be to see multiples of this little troll hobbling it's way around America's highways, eating children and spitting their bones onto the roadway.

Even though this car seems like something you'd find in a Juarez, Mexico drug czar repossession auction, it calls North Hollywood home.  God bless you California.

If you have a strong stomach, and can resist the temptation to throw a fire blanket over your monitor, have a look at the photos below.

Here's a link to the auction, but expect it to disappear after a short time since it's eBay.
Lion Vagina Car 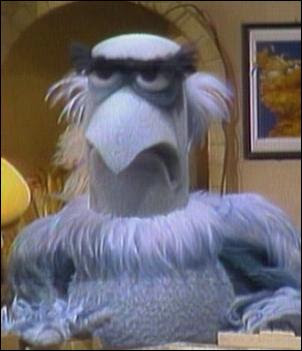 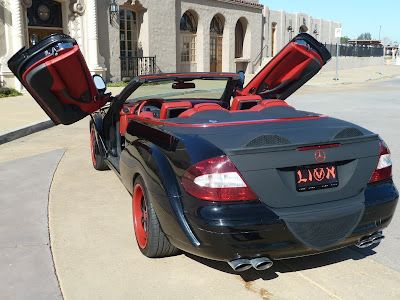